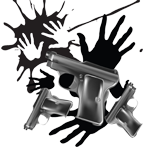 CNJOnline.com | Contrary to what many seem to believe, libertarians are not against rules. In fact, they are defined by adherence to one rule in particular: the zero aggression principle.

It simply states: “No human being has the right, under any circumstances, to initiate force against another human being, nor to advocate or delegate its initiation.” This basically means, “Don’t start violence by throwing the first punch, or by sending someone else to throw the first punch.”

Natural law aligns flawlessly with the zero aggression principle, including the necessity of respecting the property rights of others.

Other rules are helpful for self preservation.
Following the dosage rules for medication is smart. Rules for proper food preparation or keeping your water safe to drink are necessary. Following rules for safe gun handling helps you survive. Some people don’t obey good rules and suffer the consequences.

Still other rules have evolved concerning customary behavior. Pausing at intersections and driving on the right side of the road (where this is the custom) are examples of this. These would be smart things to do regardless of laws dictating them, simply because everyone has come to expect this, and refusing to cooperate will needlessly endanger your life and the lives of innocent people.

Of course, these rules vary from place to place, so don’t fall into the trap of believing they are universal like natural law. Even when these rules find their way into laws, some people will refuse to follow these rules and will cause harm.

The legitimate rules, which are sometimes reflected in invented, statutory law, are the ones that would survive and be followed by most people without being enforced, or even written down. If you don’t follow them, you’ll probably suffer.
Most libertarians are fine with these rules, and are simply against arbitrary, unnecessary, or harmful rules.

Bad rules would soon die out without armed enforcement keeping them propped up. Rules like coming to a complete stop at stop signs, when no one really believes it is essential to driving safely; or having a license plate or a driver’s license. Or arbitrary speed limits. Speed limits are silly, since even the law tosses them aside on a whim; thus “driving too fast for conditions,” even when well below the “speed limit.”

Other arbitrary, unnecessary or harmful rules would include those regulating the owning and carrying of weapons, rather than the aggressive use of those weapons. Or rules imposing taxation. Or compulsory school attendance. 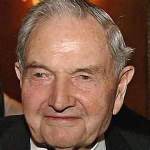 We are grateful to The Washington Post, The New York Times, Time Magazine and other great publications whose directors have attended our meetings and respected their promises of discretion for almost forty years. It would have been impossible for us to develop our plan for the world if we had been subject to the bright lights of publicity during those years. But, the work is now much more sophisticated and prepared to march towards a world government. The supranational sovereignty of an intellectual elite and world bankers is surely preferable to the national auto-determination practiced in past centuries.David Rockefeller
founder of the Trilateral Commission, in an address to a meeting of The Trilateral Commission, in June, 1991. … (next quote)