Strike-The-Root.com | From time to time I receive in the mail demands from strangers for money, often a rather large amount of money. The people making these demands may have impressive titles, such as Revenue Director, or Collector of Revenue, but the writer is often anonymous, although on an impressive letterhead that, presumably, is sufficient to convince you to send the money. I suspect that you receive similar demands.

My impression is that most people, receiving such letters, reach for their checkbooks, albeit with a muttered imprecation. This is probably a wise policy, since to stop and give the situation even a moment’s thought is bound to lead to aggravation and mental distress, for a number of reasons.

In the first place, the demand is often accompanied by a form, to be completed and signed. Above the signature line there may be a notice that the form is signed under penalty of perjury. How remarkable! Perjury is lying under oath, and no oath is taken or required in filling out the form. To do so under penalty of perjury, therefore, when perjury could not have been committed, is tantamount to accepting the death penalty if convicted of jaywalking.

I believe that I am entitled–so are you–to security in my papers and documents. Being compelled to disclose the content of those papers and documents to demanding strangers, especially if those strangers maintain that their job is protecting my right, among others, to privacy in my papers and documents, is, well, bizarre. Similarly, my rights to freedom of, and from, speech, or of protection from incrimination, are likewise shredded by the information-demanders: First, Fourth, and Fifth Amendments be damned. Perhaps this is why they often insist that compliance is voluntary, even while threatening you for failure to comply.

More fundamentally preposterous, however, is that perfect (well, not so perfect) strangers fully expect I will comply with their demands for my money, and regard with outrage and amazement my daring to question the validity of their demands. They will point out that they are most certainly not demanding my money for themselves, but for the city, county, state, or federal government to which they are attached. Well, so what? If I gathered around myself a group of like-minded individuals, and we gave ourselves the title United States of Freemen, and had a gorgeous letterhead produced bearing that name, could I then expect that strangers, to whom I sent a demand on that stationery, would send me money? It wouldn’t be for me, you understand, but for the United States of Freemen.

Ah, but the money-demanders I must deal with can point to a Constitution, or state or local statutes or ordinances, which give the organization the power to tax. Again, so what? We, of the United States of Freemen, still alive, (unlike the authors of most constitutions) could likewise devise a charter bearing such an authorization. Would that make people hasten to open their pocketbooks to us? The demands I receive are pursuant to an “authority” to tax written a couple of centuries ago by men who couldn’t have known that I would ever exist. How much weight must I give them? Ultimately, the Rulers claim that they are entitled to our property because they say so, or their predecessors said so. The amazing thing is that such claims are taken seriously!

As I suggested above, it is best, for your own peace of mind, to remain blissfully ignorant. If you should fall into the habit of thinking about the demands made upon you by strangers, you might find yourself questioning the difference between the gang calling themselves “government,” and the one known as, for example, the Capone Mob. Should that happen, you could arrive at the conclusion that the difference between the two gangs is one of style, not substance. The government gang is larger, better organized, with more highly-educated members, better public relations, lots of elaborate procedures, and tons of self-authorizing documents; maybe not as well dressed. And, of course, there are the guns and prisons. Those could play some role in obtaining the obedience of the victims! 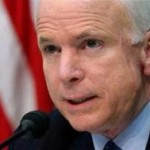 If I were dictator, which I always aspire to be.John McCain
During an interview with the Des Moines Register editorial board October 1, 2008 … (next quote)

The Power Of Nightmares – The Rise of the Politics of Fear

What Exactly Is Common Core

You Can’t Complain If You *Did* Vote

Who is Richard L Koenig?