Font
The Question Only You Can Answer →
← Beneficence By Mandate 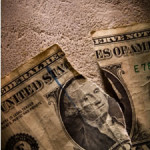 KentForLiberty.com | How many people do you know who claim that murder is OK? How many would argue that rape is a good thing? Or that “armed robber” is a good career choice? What about someone who scams elderly people out of their life savings? Just about every person would agree that these things are wrong. It does not matter whether a “law” is passed to say it is OK or if the death penalty is enforced on you for doing one of these things. Remember that slavery was once “legal”, as was everything Hitler did. Wrong is wrong. This is called “mala in se”.

Then there are other actions that people are divided in their opinion of. Is it wrong to smoke marijuana? Do you deserve to go to jail for hiring, or being, a prostitute? What if you choose to not wear a seat belt? Is it right to have laws to punish you for these things? Once again, it does not matter whether the “law” says these things are OK or not. These are things that are only “wrong” because the law says they are bad. This is called “mala prohibita”.

Whether something is “moral” or not is not a good basis for making it “legal” or “illegal”, either. Morality is based upon the prevailing culture, while ethics are based upon unchanging right and wrong regardless of what everyone believes. If your culture or religion says it is OK to violate the rights of someone who has not initiated force or theft, then your culture or religion has a “morality” that is unethical and wrong. You can not ethically apply this morality to those who don’t believe the same as you. “Immoral” should not mean “illegal”. Real laws must be based upon something more firm than morality.

Many “laws”, such as tax “laws”, actually pretend to make evil actions “legal”. Is it wrong to steal, or is it not? Well, according to the “laws”, it is only bad if you or I do it, but if government does it and calls it “taxation”, it is OK. No, it isn’t, except in the eyes of counterfeit “laws”. The same goes for murder, kidnapping, and every other real evil action. The inconsistency shows the falsity.

No one has any moral obligation to obey counterfeit “laws”. I choose to wear a seat belt. I feel more secure that way. Other people feel trapped by them. That is OK. That is personal choice using YOUR best information.

No “law enforcement officer” is justified in punishing anyone for violating any counterfeit “law”. Once they do, THEY become the bad guy. Real laws do not need enforcers. Would you intervene to stop a rape? Me too. Would you hold a person at gun-point while calling for back-up if you see him sitting in traffic without his seat belt on? Of course not. Only a mindless drone of the state would do something that stupid and evil. Read Entire Article

The Question Only You Can Answer →
← Beneficence By Mandate

And I'm just a kid. I can't believe I gotta worry about this kind of shit. What a stupid world.Propagandhi
...And We Thought That Nation-States Were A Bad Idea … (next quote)

The Anti-Educational Effects of Public Schools

The Philosophy of Liberty