KentForLiberty.com | Any time a politician, a LEO, or a copsucking organization qualifies something they say by prefixing it with “law-abiding”- and especially when they add “citizen”- you know they are lying. The term is utterly without meaning.

First of all, no one is “law-abiding”, no matter what they believe.

Secondly, you can go from (supposedly) “law-abiding” to a “criminal” in the blink of a politician’s eye. All that takes is for him to make up a new rule.

So, when a police chief or a sheriff says they “support the right of law-abiding citizens” to own and to carry firearms, what are they really saying?

They are saying that if the “law” says you can’t carry a gun, you are not “law-abiding” if you do, so they’ll not support you.

They are saying that if the “law” suddenly changes to outlaw some of your guns, and you don’t immediately turn them in, you are no longer “law-abiding” and are fair game to be killed for lack of compliance.

They are saying your rights depend on permission slips from government bureaucrats, and your “citizenship” status.

They are saying that your rights hinge on what others decide.

They are liars and thugs. Your rights don’t depend on “laws”, nor on “citizenship”. They are immutable. Anyone trying to violate you by using the vile words “law-abiding” is not a friend of liberty. 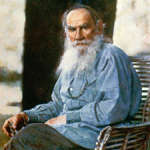