KentForLiberty.com | Do you reject scientific discoveries if you disapprove of where the person lives when they make the discovery? Truth is truth, and rejecting theft and coercion is still the only ethical way to live, no matter who espouses it, or where they live. Just like theft and coercion are still evil no matter how you believe you are justifying it with “necessity” or a “job”.

I know lots of freedom-loving libertarians, and have never concerned myself with what their living situation might be. Just like I have never considered where a statist lives as relevant to the debate. I don’t need to worry about pointless things like that, because the statist ideas are so deeply flawed and self-contradictory it gives plenty of *real* ammo against their position. But it’s a pathetic attempt I see dredged up over and over by statists. It’s just a diversion to try to find something irrelevant in order to try to discredit liberty, since there’s no real foundation with which to attack it. It’s a tactic of desperation pursued by people who know deep down that they have no leg to stand on. Can’t argue with the truth, so let’s find a way to attack those telling it. As if it somehow gives their position credence.

Now, supposed “libertarians” who advocate aggression or theft (“taxation” of any sort, as an example, even a “flat tax”) are the ones discrediting themselves, because they are not living up to what they claim to believe.

I suppose I could also point out that statists who don’t go around robbing their neighbors (in person, I mean, not just by supporting “taxation”) and attacking or kidnapping innocent people are also failing to live up to what they say they believe in, since there is no difference in doing those things in person or by proxy through the State/government. Evil is evil.

The Badge →
← Agreeable People Are More Likely To Kill For Authorities 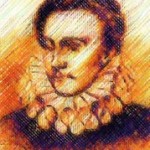 From all these indignities, such as the very beasts of the field would not endure, you can deliver yourselves if you try, not by taking action, but merely by willing to be free. Resolve to serve no more, and you are at once freed. I do not ask that you place hands upon the tyrant to topple him over, but simply that you support him no longer; then you will behold him, like a great Colossus whose pedestal has been pulled away, fall of his own weight and break into pieces?Etienne de la Boetie
http://tmh.floonet.net/articles/laboetie.html … (next quote)