The Other Side Of Hitler

InformationLiberation.com | I’ll bet that many Americans don’t realize that Hitler had a Social Security program before President Franklin Roosevelt foisted the program onto the American people as part of his New Deal in the 1930s. The German Social Security program actually originated during the regime of Otto von Bismarck, who was known as the Iron Chancellor of Germany. That’s why the U.S. Social Security Administration pays homage to Bismarck by including a bust of him on its website.

Hitler also believed that the state should provide healthcare to the citizenry. He would have loved Medicare and Medicaid but would have been felt that such programs just didn’t go far enough. He promised healthcare for everyone, not just the elderly and the poor. – Read Entire Article 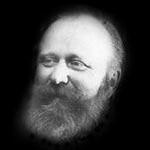 Try looking into that place where you dare not look! You'll find me there, staring out at you!Frank Herbert … (next quote)

Policing For Profit – The Abuse of Civil Asset Forfeiture