Font
What Happened To The ‘Peace Officer’? →
← Spontaneous Order And Trade Without Force

LATimes.com | So how does the raising of upstanding, moral children work without prayers at mealtimes and morality lessons at Sunday school? Quite well, it seems.

Far from being dysfunctional, nihilistic and rudderless without the security and rectitude of religion, secular households provide a sound and solid foundation for children, according to Vern Bengston, a USC professor of gerontology and sociology.

For nearly 40 years, Bengston has overseen the Longitudinal Study of Generations, which has become the largest study of religion and family life conducted across several generational cohorts in the United States. When Bengston noticed the growth of nonreligious Americans becoming increasingly pronounced, he decided in 2013 to add secular families to his study in an attempt to understand how family life and intergenerational influences play out among the religionless.

He was surprised by what he found: High levels of family solidarity and emotional closeness between parents and nonreligious youth, and strong ethical standards and moral values that had been clearly articulated as they were imparted to the next generation.

“Many nonreligious parents were more coherent and passionate about their ethical principles than some of the ‘religious’ parents in our study,” Bengston told me. “The vast majority appeared to live goal-filled lives characterized by moral direction and sense of life having a purpose.”

My own ongoing research among secular Americans — as well as that of a handful of other social scientists who have only recently turned their gaze on secular culture — confirms that nonreligious family life is replete with its own sustaining moral values and enriching ethical precepts. Chief among those: rational problem solving, personal autonomy, independence of thought, avoidance of corporal punishment, a spirit of “questioning everything” and, far above all, empathy. Read Entire Article

What Happened To The ‘Peace Officer’? →
← Spontaneous Order And Trade Without Force 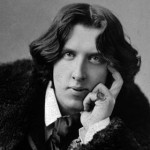 A thing is not necessarily true because a man dies for it.Oscar Wilde … (next quote)

The First Casualty of War

The Six Purposes Of Schooling