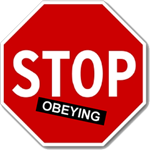 Mic.com | In 1961, curious about a person’s willingness to obey an authority figure, social psychologist Stanley Milgram began trials on his now-famous experiment. In it, he tested how far a subject would go electrically shocking a stranger (actually an actor faking the pain) simply because they were following orders. Some subjects, Milgram found, would follow directives until the person was dead.

The news: A new Milgram-like experiment published this month in the Journal of Personality has taken this idea to the next step by trying to understand which kinds of people are more or less willing to obey these kinds of orders. What researchers discovered was surprising: Those who are described as “agreeable, conscientious personalities” are more likely to follow orders and deliver electric shocks that they believe can harm innocent people, while “more contrarian, less agreeable personalities” are more likely to refuse to hurt others.

The methodology and findings: For an eight-month period, the researchers interviewed the study participants to gauge their social personality, as well as their personal history and political leanings. When they matched this data to the participants’ behavior during the experiment, a distinct pattern emerged: People who were normally friendly followed orders because they didn’t want to upset others, while those who were described as unfriendly stuck up for themselves.

“The irony is that a personality disposition normally seen as antisocial — disagreeableness — may actually be linked to ‘pro-social’ behavior,'” writes Psychology Today‘s Kenneth Worthy. “This connection seems to arise from a willingness to sacrifice one’s popularity a bit to act in a moral and just way toward other people, animals or the environment at large. Popularity, in the end, may be more a sign of social graces and perhaps a desire to fit in than any kind of moral superiority.” Read Entire Article

The freedom of information offered by the internet has had drastic implications for liberty. To the benefit of individuals, it reduces information asymmetries with business and increases transparency in government. It allows us to make more informed decisions, where ignorance has long been the justification for all manner of government intervention programs.Logan Albright
There is No Right to be Forgotten, Nov 24 2014 … (next quote)

The Political Movie Projected On The Screen Of The Subconscious