Strike-The-Root.com | Do I have a right to free speech? Or instead, do I say and write what I please? There is a difference between these two statements. The first ties my speech to a government-adjudicated fairy-tale (thanks, US Supreme Court, for those free speech zones). The second describes my actions without reference to any government. Also notice that the second is a far stronger way of putting it. It’s no surprise that government prefers the weaker language of rights. Weak language leads to weak–or no–action.

Which is the stronger statement:

It’s been a while since I started questioning rights. My third article on STR was about that. In that time, I have noticed people here and there arguing for rights and getting all balled up logically, just as one would expect when discussing a religious notion where everybody has their own opinion of it. Around and around in circles they go. Meanwhile, the rulers chuckle. “See ya in court!”

Sometimes these arguments can be untangled simply by recasting them in plain language, without referring to rights. Kinda de-obfuscates things. Try it yourself, next time you run into an argument about rights (you won’t have far to go, to find one). Plain language often clears things up.

Just as an example, it’s Twilight Zone time when folks get to talking about how Congress tramples rights. Rights are supposed to be this thing that everybody is inherently born with that can never be taken away (for example, people take great pains to point out that the Constitution did not create the right to bear arms, but only recognized a pre-existing right). But these people will wail when proposals are floated in Congress to register guns. If such a vote goes through, it never occurs to them to conclude that maybe the right was just a figment of their imagination. No, instead the “right has been violated.” Well if that vote was all it took to knock it out, then it’s not worth much, is it? If it pre-existed the Constitution, how could a body created by that Constitution so easily dispense with it? None of this makes any sense.

Recasting this in plain language, it looks much simpler: Rulers hate armed peons, because they are harder to order around, and may even be dangerous to order around. Rulers, just like the rest of us, look out for their own interests, so their constant attempts to disarm us are perfectly understandable. The instant they think they can disarm us with little risk, or nibble us to death making arms-bearing intolerable, they will do it–2nd Amendment be damned, and Constitution be damned. The only thing stopping them is that they think the risk to their own hides is too high. Read Entire Article 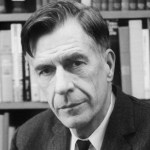 When people put their ballots in the boxes, they are, by that act, inoculated against the feeling that the government is not theirs. They then accept, in some measure, that its errors are their errors, its aberrations their aberrations, that any revolt will be against them. It's a remarkably shrewd and rather conservative arrangement when one thinks of it.John Kenneth Galbraith
The Age of Uncertainty (1977), Chapter 12, p. 330. … (next quote)