VivienKellems.org | My action in breaking the law forcing employers to collect withholding taxes from their employees was the culmination of long pent-up resentment at Federal usurpation of the taxing power, rebellion against the destruction of the Federal Tax System, so carefully designed and perfected by the brilliant men who wrote our Constitution, and realization that something must be done to make the people understand the ultimate end of the primrose tax path we are treading. The announcement of my intention to break the law was made in a speech before the Los Angeles Rotary Club, on February 13, 1948, and the first time this tax money was left in our employees’ pay envelopes was on the following Friday, February 20, 1948. However, due to the reluctance of the Federal Government to face the issue, it was not until January 23, 1951, three years, eleven months, and seventeen days later that I finally sat on the witness stand in the Federal District Court, in New Haven, Connecticut, and heard my lawyer, Frank McGuire , say: “Miss Kellems, will you read Exhibit A?”

I picked up the papers with trembling hands, and in a low voice began to read:1 “And it came to pass in those days that there went out a decree from Caesar Augustus, that all the world should be taxed. And all went to be taxed, everyone into his own city.”

It has frequently been said that history repeats itself, and today, we are witnessing a repetition of the act of Caesar Augustus two thousand years ago. It all began in 1913, when we issued a decree “that all the world should be taxed,” every man in his own city. For in that year we adopted the Sixteenth Amendment to our Constitution:

“The Congress shall have power to lay and collect taxes on income from whatever source derived, without apportionment among the several States, and without regard to any census or enumeration.”

And when we adopted this income tax amendment, we departed from our constitutional method of taxation. For one hundred and twenty-five years, the Federal Government had levied taxes and they were always apportioned among the several States. Why do you suppose the Constitution is so specific and so explicit that Federal taxes shall be uniform and apportioned among the States? For one reason only. Our forefathers were determined to build a republic with equal opportunity and equal responsibility for each and everyone of us. They knew that the power to tax is the power to destroy, and they did not wish to have one group of citizens, or one part of the country penalized for the unfair advantage of another.

How wise and farsighted they were! For one hundred and twenty-five years this was our traditional, constitutional system of taxation, and under it we built the richest, most powerful nation in the world. We developed and maintained for the majority or our people, a standard of living, undreamed of in any other country, the hope and the envy or all the world.

Is it a tax or is it confiscation? But that isn’t all. Being so intrigued with the income tax, we decided that if one tax is good, two are better and we proceeded to pass the capital gains tax which slapped business right in the face and sent it reeling into the corner. And to salt it down, we added the idiotic capital stock tax. And still not satisfied, we made sure that every dividend should pay two taxes—one by the corporation and another by the stockholder, if and when he got it. And right in the middle of this tax orgy, we elected an Administration that made a wonderful discovery: The world was its little oyster to open. Up to this point we thought we had done pretty well, but we soon realized we were just pikers. Taxes? We didn’t know the meaning of the word, but we soon found out that the New Dealers did. Taxes? A new one every day or two! They rained upon us as the gentle dew from Heaven. “Tax and tax, spend and spend, elect and elect,” quoth the delighted Harry Hopkins.

Soak the rich in Illinois, or New York, or Connecticut and buy some votes in Oregon or Nevada or wherever they are needed. The formula worked like magic for political purposes but it threw our country into the deepest and most tragic depression of our history. The depression of the 1930’s was a tax depression. Business simply could not function. It took a world-wide war, billions of dollars, and the precious lives of thousands of our boys to pull us out of it.

But with the adoption of the income tax, we lost something more precious than uniformity and apportionment among the States. Let us go back to our Fourth and Fifth Amendments: “The right of the people to be secure in their persons, houses, papers and effects against unreasonable searches and seizures shall not be violated…” and “…no person shall be compelled to be a witness against himself, nor be deprived of life, liberty or property without due process of law.”

These two Amendments insured to the citizens of the United States the right of privacy. It was ours in every sense, until the passage of the Sixteenth Amendment, but with the income tax, we lost this precious right. If I say, “No,” you cannot come into my house without a search warrant, and before you can secure such a warrant, you must advance good and sufficient cause for searching my house. But the Income Tax Inspector can come into my home or yours. In the name of the Income Tax, the Federal Government can search and seize every paper you own, it can force you into court, to be a witness against yourself, and if you are not able to pay the tax, it can sell you out, lock, stock and barrel. The Income Tax is the strongest weapon ever placed in the hands of an unscrupulous government, and as long as that Amendment is a part of our Constitution, our freedom is in jeopardy. Our right to privacy, so carefully insured to us by the Fourth and Fifth Amendments, has vanished.

But taxes are like strong drink. They grow upon you. If income taxes are good for some of us, they must be good for all of us. If one citizen is to pay an income tax then every person who has an income should also pay his proportionate share. With which conclusion I agree. But I disagree with the premise—I don’t think an income tax is good for anyone, the taxpayer or the Government. But this time we really did a job. Under the hypnosis of war hysteria, with a pusillanimous Congress rubber-stamping every whim of the White House, we passed the withholding tax. We appointed ourselves so many policemen and with this club in our hands, we set out to collect a tax from every
hapless individual who received wages from us. We became our “brother’s keeper.”

From time immemorial the tax collector has been feared and hated. The baron of old used to farm out his tax collections, paying his agent a percentage of what he was able to wrest from his impoverished subjects. It is not accidental that this job was placed upon the employer. A crafty Administration which thrived upon class hatred “planned it that way.” Here was another wedge to drive between the employer and the employee, another opportunity to cause misunderstanding and dissension. The employee did not blame his government, he blamed his employer, and even today thousands of workers in this country still think it is a dirty trick of the wicked capitalists. But we weren’t as clever as the barons’ tax collectors. We didn’t pay ourselves for collecting taxes, we didn’t even reimburse ourselves for our expense in collecting taxes, we made ourselves responsible for other people’s taxes and we penalized ourselves for not collecting them. Let us read the law:

In other words, the Government won’t collect it twice — isn’t that big-hearted? But there is more. “Such payment does not, however… relieve the employer from liability for penalties or for failure to deduct and withhold within the time prescribed by law.”

So, if your employee does not pay his tax, you have to pay it, and if he does pay it but you do not deduct and withhold it, you can be fined and sent to prison. This is in free America! — Vivien Kellems, Toil, Taxes and Trouble. 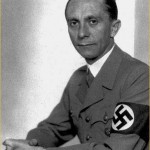