ObscuredTruth | What happened when over a hundred people descended on the NH Statehouse for a 420 Rally to celebrate the Cannabis holiday?

Parking tickets were set ablaze, people walked off disgusted, lots of honking, plenty of music, some cannabis consumption, and a great conversation with a NH state policeman with former NH policeman Bradley Jardis.

At around the 3:40 mark, the video cuts to former police officer Brad Jardis who asks a state trooper about his job. Brad also explains that he quit his job as a police officer largely because he now believes that many of the laws (specifically drug laws) he used to enforce are immoral.

The best part of the video is when, after the state trooper says that he would enforce any law if ordered to do so, Brad asks “What if it was the 1960’s and Jim Crow laws were in effect and your Colonel told you, ‘I order you to arrest that black man cause he was drinking out of a white water fountain’?” The idea of arresting and punishing someone over a victimless “crime” like drug possession makes about as much sense as subjecting a group of people to a different set of laws because of the color of their skin.

Cops on Camera →
← The Human Solution 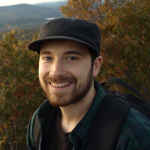 I am an anarchist. I am not trying to make government function more efficiently. I am trying to dismantle government while minimizing the harm to people caught in its machinery.Darian Worden … (next quote)

The Beauty of Personal Freedom