Paul.House.Gov | We’ve all heard politicians use the words “democracy” and “freedom” countless times. They are used interchangeably in modern political discourse, yet their true meanings are very different. They have become what George Orwell termed “meaningless words”. Words like “freedom,” “democracy,” and “justice,” Orwell explained, have been abused for so l﻿ong that their original meanings have been eviscerated. In Orwell’s view, such words were “often used in a consciously dishonest way.”

Without precise meanings behind words, politicians and elites can obscure reality and condition people to reflexively associate certain words with positive or negative perceptions. In other words, unpleasant facts can be hidden behind purposely meaningless language. As just one example, Americans have been conditioned to accept the word “democracy” as a synonym for freedom. Thus we are conditioned to believe that democracy is always and everywhere benevolent.

The problem is that democracy is not freedom. Democracy is simply majoritarianism, which is inherently incompatible with freedom. While our Constitution certainly features certain democratic mechanisms, it also features inherently undemocratic mechanisms like the First Amendment and the Electoral College. American is a constitutional republic, not a democracy. Yet we’ve been bombarded with the meaningless word “democracy” for so long that few Americans understand the difference.

If we intend to use the word freedom in an honest way, we should have the simple integrity to give it real meaning: Freedom is living without government coercion. So when a politician talks about freedom or liberty–regardless of the issue being discussed– ask yourself whether he is advocating more government force or less. Read Entire Artice 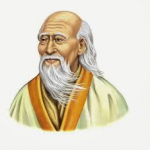 The greater the number of laws and enactments, the more thieves and robbers there will be.Lao Tsu … (next quote)