A Revolution Is Not The Answer

CopBlock.org | The unwarranted aggression committed by police employees is so widespread, you don’t need to analyze mountains of statistics to see a pattern. In the discontent voiced in online forums and the street, you sometimes hear calls for revolution.

But a revolution is not the answer.

Certainly the idea of quickly dethroning the parasitic political class (and their enforcers) is appealing. But that’s as likely to happen as receiving actual protection from a person who demands “your money, or else.” 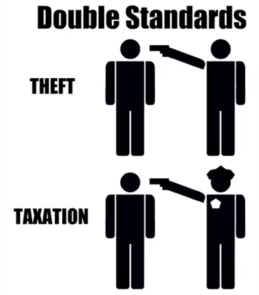 Those calling for revolution have a couple of things right. They recognize that the existing police state is not ideal and they advocate for a change. But their suggested remedy – an “out with the old and in with the new” – entirely ignores the underlying cause: a ruling class remains.

And since the underlying cause is not addressed, the problems won’t go away. It’s like cutting weeds from toxic soil and expecting flowers to grow in their place.

What is the Root of “Revolution”?

The word means “to revolve.” To go around in a circle, like a revolving door. That doesn’t sound too groundbreaking.

As Rose Wilder Lane wrote in The Discovery of Freedom: Man’s Struggle Against Authority:

From Nebuchadnezzar to Hitler, history is one long record of revolts against certain living rulers, and revolt against kinds of living Authority. When these revolts succeed, they are called revolutions. But they are revolutions only in the sense that a wheel’s turning is a revolution.

An Old World revolution is only a movement around a motionless center; it never breaks out of the circle. Firm in the center is the belief in Authority… [T]hey all take it for granted that some Authority controls individuals.

They replace the priest by a king, the king by an oligarchy, the oligarchs by a despot, the despot by an aristocracy, the aristocrats by a majority … there’s six thousand years of it, in every language. Every imaginable kind of living Authority has been tried, and is still being tried somewhere on earth now.

You Cannot Go Back →
← War Is Over If You Want It 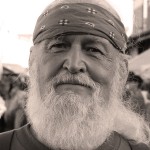 I learned in Korea that I would never again, in my life, abdicate to somebody else my right and my ability to decide who the enemy is.Utah Phillips … (next quote)

The Theft Of Our Values