Probable Cause is Improbable 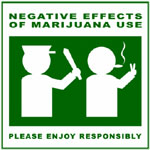 C4SS.org | “He looked suspicious so we found it necessary to take action,” stated a Drexel Police Chief after handcuffing, threatening and detaining Michael Gurrieri, an attendee at the Student Liberty Front Retreat Conference on the campus this past weekend. The criminal activity that required four police officers to show up on scene was Gurrieri smoking a hand rolled cigarette, a new trend amongst the youth who are looking for cheaper and a more natural alternative to the highly taxed and contaminated cigarettes on the market, in which the cops mistook for a marijuana joint. After a confrontation that included a long lecture involving the reasons why the police deemed Gurrieri as a threatening figure and how he should always bow to his masters, he was released.

This case perfectly presents the case of probable cause and how it is one of the most manipulated, corrupted and downright wasteful actions enforced and protected in the current list of encroaching police powers. The term probable cause can be found written directly in the United States Constitution, and like most of the text, is extremely vague and universally uninterpretable. According to the Fourth Amendment, “The right of the people to be secure in their persons, houses, papers, and effects, against unreasonable searches and seizures, shall not be violated, and no Warrants shall issue, but upon probable cause, supported by Oath or affirmation, and particularly describing the place to be searched, and the persons or things to be seized.” This clause fails to explain just about every aspect of a modern probable cause case, such as the subjectivity of probable cause, whose Oath or affirmation is deemed proper and the general sense of law-protected privacy, allowing the police, in some cases, to even get away with committing crimes themselves. Read More 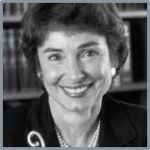 It is simply no longer possible to believe much of the clinical research that is published, or to rely on the judgment of trusted physicians or authoritative medical guidelines. I take no pleasure in this conclusion, which I reached slowly and reluctantly over my two decades as an editor of The New England Journal of Medicine.Marcia Angell
MD … (next quote)

An Apostate From The Government Religion