FreedomInOurTime | We are invited to believe that these killings were particularly outrageous because a criminal had lifted his unhallowed hand to strike down four sanctified personages who wore the insignia of state authority. The same assumption can be seen in the concentrated fury with which police and prosecutors focus their attention on “cop killers,” as if people in that profession are innately more important or more valuable than murder victims from other walks of life.

Why not make the death penalty mandatory for all murder convictions? Why should it be unavoidable only when the victim is a police officer? The tacit but obvious answer is that Cenci — who reflects the culture of the profession from which he is now retired — sees police officers as a caste apart from, and more valuable than, the “Mundanes,” or general population.

What of cases in which people kill police in self-defense, perhaps as a result of mistaken identity during a no-knock raid at the wrong address? No extenuation would be provided for under the “no-exceptions” standard described by Cenci.

Once again, Cenci is not merely some Keystone State Floyd R. Turbo ventilating his frustration in the letters column; the approach he describes was followed in the case of Mississippi resident Cory Maye, who shot and killed a sheriff’s deputy who was part of a paramilitary strike team that invaded Maye’s home without a warrant because they didn’t double-check the address.

Although Maye will soon receive a new trial, the prosecutor in the first trial sought and obtained a first-degree murder conviction and a death sentence — apparently on the assumption that when a mere Mundane is on the receiving end of unwarranted police violence, he has no right to resist, because his life is not as important as that of his assailant.

A less pronounced form of the same reflexive elitism was displayed in the pages of Canada’s Victoria Times-Colonist.

On December 8, that paper described the findings of Paul Smith, head of a the Commission for Public Complaints against the RCMP, regarding the death of Polish immigrant Robert Dziekanski when he was needlessly electrocuted by Taser-wielding Mounties at the Vancouver Airport.

Dziekanski, who spoke no English and had been traveling for 20 hours (10 of which he spent waiting in the airport for his mother, who had been told he hadn’t arrived), threw a fit while being held in a secure area prior to passing through customs.

RCMP officers arrived and within seconds shot him five times with a Taser within a period of 31 seconds. Dziekanski, after being handcuffed died within minutes at the scene. Smith’s report condemns the RCMP for making no meaningful attempt to de-escalate the situation, being torpid and indifferent in seeking medical help for the victim, and for staging a crude cover-up of the incident. Read More 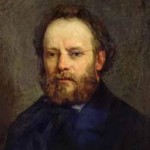 I build no system. I ask an end to privilege, the abolition of slavery, equality of rights, and the reign of law. Justice, nothing else. That is the alpha and omega of my argument.Pierre-Joseph Proudhon … (next quote)

Who is Richard L Koenig?

Give Me Doubleplusgood or Give Me Death!

Anarchism Is For Everybody