WSJ.com | The current economic strategy is right out of “Atlas Shrugged”: The more incompetent you are in business, the more handouts the politicians will bestow on you. That’s the justification for the $2 trillion of subsidies doled out already to keep afloat distressed insurance companies, banks, Wall Street investment houses, and auto companies — while standing next in line for their share of the booty are real-estate developers, the steel industry, chemical companies, airlines, ethanol producers, construction firms and even catfish farmers. With each successive bailout to “calm the markets,” another trillion of national wealth is subsequently lost. Yet, as “Atlas” grimly foretold, we now treat the incompetent who wreck their companies as victims, while those resourceful business owners who manage to make a profit are portrayed as recipients of illegitimate “windfalls.”

When Rand was writing in the 1950s, one of the pillars of American industrial might was the railroads. In her novel the railroad owner, Dagny Taggart, an enterprising industrialist, has a FedEx-like vision for expansion and first-rate service by rail. But she is continuously badgered, cajoled, taxed, ruled and regulated — always in the public interest — into bankruptcy. Sound far-fetched? On the day I sat down to write this ode to “Atlas,” a Wall Street Journal headline blared: “Rail Shippers Ask Congress to Regulate Freight Prices.”

In one chapter of the book, an entrepreneur invents a new miracle metal — stronger but lighter than steel. The government immediately appropriates the invention in “the public good.” The politicians demand that the metal inventor come to Washington and sign over ownership of his invention or lose everything.

The scene is eerily similar to an event late last year when six bank presidents were summoned by Treasury Secretary Hank Paulson to Washington, and then shuttled into a conference room and told, in effect, that they could not leave until they collectively signed a document handing over percentages of their future profits to the government. The Treasury folks insisted that this shakedown, too, was all in “the public interest.”

Ultimately, “Atlas Shrugged” is a celebration of the entrepreneur, the risk taker and the cultivator of wealth through human intellect. Critics dismissed the novel as simple-minded, and even some of Rand’s political admirers complained that she lacked compassion. Yet one pertinent warning resounds throughout the book: When profits and wealth and creativity are denigrated in society, they start to disappear — leaving everyone the poorer.

One memorable moment in “Atlas” occurs near the very end, when the economy has been rendered comatose by all the great economic minds in Washington. Finally, and out of desperation, the politicians come to the heroic businessman John Galt (who has resisted their assault on capitalism) and beg him to help them get the economy back on track. The discussion sounds much like what would happen today:

Galt: “You want me to be Economic Dictator?”

“And you’ll obey any order I give?”

“Then start by abolishing all income taxes.”

“Oh no!” screamed Mr. Thompson, leaping to his feet. “We couldn’t do that . . . How would we pay government employees?” 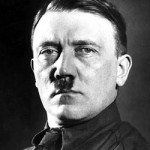 What luck for the rulers that men do not think.Adolf Hitler … (next quote)

You Are a Slave to Government