Flag.Blackened.net | OBJECTION #8: You anarchists are utopians. You don’t really understand the nature of man. You put too much faith and trust in him to do good. Your dreams are fine, given perfect men, but in a real world they just won’t work.

The anarchist cannot be blamed for the world’s chaos and terror – for its wars and prison camps and execution chambers, for its surveillance of citizens, for the confiscations of people’s property and for the ever-present threat of world-wide nuclear annihilation.

Because we give man credit for being a social animal, we are willing to trust him to deal peaceably with his neighbors – at least most of the time. But we are also wise enough to realize that if we don’t want men to abuse power, then we must not give them power. We are realists who recognize man has a social nature, and realists who also know that man, when tempted by power, will be corrupted by it. We say, let man’s social nature be the bond that ties men to each other. Yet we warn at the same time that it is because of man’s imperfect nature that we must not create government and then trust him to use it peacefully.

Anarchists live in the real world undeluded by dreams of perfect governments, and by hopes that government can reduce crime and eliminate war. We gave up those illusions years ago. Read Entire Article 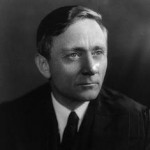 The privacy and dignity of our citizens [are] being whittled away by sometimes imperceptible steps. Taken individually, each step may be of little consequence. But when viewed as a whole, there begins to emerge a society quite unlike any we have seen -- a society in which government may intrude into the secret regions of a person’s life.William O. Douglas … (next quote)

Some Random Thoughts About the War On Drugs

The Root Of Bullying