Font
Dead In The Water →
← Standing For Property Rights

Floonet.net | I have alluded somewhat vaguely to the merits of democracy. One of them is quite obvious: it is, perhaps, the most charming form of government ever devised by man. The reason is not far to seek. It is based upon propositions that are palpably not true and what is not true, as everyone knows, is always immensely more fascinating and satisfying to the vast majority of men than what is true. Truth has a harshness that alarms them, and an air of finality that collides with their incurable romanticism. They turn, in all the great emergencies of life, to the ancient promises, transparently false but immensely comforting, and of all those ancient promises there is none more comforting than the one to the effect that the lowly shall inherit the earth. It is at the bottom of the dominant religious system of the modern world, and it is at the bottom of the dominant political system.

The latter, which is democracy, gives it an even higher credit and authority than the former, which is Christianity. More, democracy gives it a certain appearance of objective and demonstrable truth. The mob man, functioning as citizen, gets a feeling that he is really important to the world that he is genuinely running things. Out of his maudlin herding after rogues and mountebanks there comes to him a sense of vast and mysterious power which is what makes archbishops, police sergeants, the grand goblins of the Ku Klux and other such magnificoes happy. And out of it there comes, too, a conviction that he is somehow wise, that his views are taken seriously by his betters—which is what makes United States Senators, fortune tellers and Young Intellectuals happy. Finally, there comes out of it a glowing consciousness of a high duty triumphantly done which is what makes hangmen and husbands happy.

All these forms of happiness, of course, are illusory. They don’t last. The democrat, leaping into the air to flap his wings and praise God, is for ever coming down with a thump. The seeds of his disaster, as I have shown, lie in his own stupidity: he can never get rid of the naive delusion—so beautifully Christian!—that happiness is something to be got by taking it away from the other fellow. But there are seeds, too, in the very nature of things: a promise, after all, is only a promise, even when it is supported by divine revelation, and the chances against its fulfillment may be put into a depressing mathematical formula. Here the irony that lies under all human aspiration shows itself: the quest for happiness, as always, brings only unhappiness in the end. But saying that is merely saying that the true charm of democracy is not for the democrat but for the spectator. That spectator, it seems to me, is favoured with a show of the first cut and calibre. Try to imagine anything more heroically absurd! What grotesque false pretenses! What a parade of obvious imbecilities! What a welter of fraud! But is fraud unamusing? Then I retire forthwith as a psychologist. The fraud of democracy, I contend, is more amusing than any other—more amusing even, and by miles, than the fraud of religion. Go into your praying-chamber and give sober thought to any of the more characteristic democratic inventions: say, Law Enforcement. Or to any of the typical democratic prophets: say, the late Archangel Bryan. If you don’t come out paled and palsied by mirth then you will not laugh on the Last Day itself, when Presbyterians step out of the grave like chicks from the egg, and wings blossom from their scapulae, and they leap into interstellar space with roars of joy.

I have spoken hitherto of the possibility that democracy may be a self-limiting disease, like measles. It is, perhaps, something more: it is self-devouring. One cannot observe it objectively without being impressed by its curious distrust of itself—its apparently ineradicable tendency to abandon its whole philosophy at the first sign of strain. I need not point to what happens invariably in democratic states when the national safety is menaced. All the great tribunes of democracy, on such occasions, convert themselves, by a process as simple as taking a deep breath, into despots of an almost fabulous ferocity.

Lincoln, Roosevelt and Wilson come instantly to mind: Jackson and Cleveland are in the background, waiting to be recalled. Nor is this process confined to times of alarm and terror: it is going on day in and day out. Democracy always seems bent upon killing the thing it theoretically loves. I have rehearsed some of its operations against liberty, the very cornerstone of its political metaphysic. It not only wars upon the thing itself; it even wars upon mere academic advocacy of it. I offer the spectacle of Americans jailed for reading the Bill of Rights as perhaps the most gaudily humorous ever witnessed in the modern world. Try to imagine monarchy jailing subjects for maintaining the divine right of Kings! Or Christianity damning a believer for arguing that Jesus Christ was the Son of God! This last, perhaps, has been done: anything is possible in that direction. But under democracy the remotest and most fantastic possibility is a common. place of every day. All the axioms resolve themselves into thundering paradoxes, many amounting to downright contradictions in terms. The mob is competent to rule the rest of us—but it must be rigorously policed itself. There is a government, not of men, but of laws—but men are set upon benches to decide finally what the law is and may be. The highest function of the citizen is to serve the state—but the first assumption that meets him, when he essays to discharge it, is an assumption of his disingenuousness and dishonour. Is that assumption commonly sound? Then the farce only grows the more glorious.

I confess, for my part, that it greatly delights me. I enjoy democracy immensely. It is incomparably idiotic, and hence incomparably amusing. Does it exalt dunderheads, cowards, trimmers, frauds, cads? Then the pain of seeing them go up is balanced and obliterated by the joy of seeing them come down. Is it inordinately wasteful, extravagant, dishonest? Then so is every other form of government: all alike are enemies to laborious and virtuous men. Is rascality at the very heart of it? Well, we have borne that rascality since 1776, and continue to survive. In the long run, it may turn out that rascality is necessary to human government, and even to civilization itself—that civilization, at bottom, is nothing but a colossal swindle. I do not know: I report only that when the suckers are running well the spectacle is infinitely exhilarating. But I am, it may be, a somewhat malicious man: my sympathies, when it comes to suckers, tend to be coy. What I can’t make out is how any man can believe in democracy who feels for and with them, and is pained when they are debauched and made a show of. How can any man be a democrat who is sincerely a democrat?

Dead In The Water →
← Standing For Property Rights 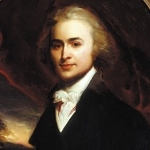 Corruption, like a cancer … eats faster and faster every hour. The revenue creates pensioners, and the pensioners urge for more revenue. The people grow less steady, spirited, and virtuous, the seekers more numerous and more corrupt, and every day increases the circles of their dependents and expectants, until virtue, integrity, public spirit, simplicity, and frugality become the objects of ridicule and scorn, and vanity, luxury, floppery, selfishness, meanness, and downright venality swallow up the whole of society.John Quincy Adams … (next quote)

Why Self-Organized Networks Will Destroy Hierarchies — A Credo