Font
The Law →
← I Am Ready To Give Up On Politics

Voluntary Interaction Is The Highest Ideal

PeacefulAnarchism.com | Man-made law is arbitrary and whimsical. It is the sociopath’s creation and therefore has no realistic bearing on the practical lives of men. It only reflects the fundamental desire for the few to control, plunder, and subjugate the many. Legality is diametrically opposed to morality. A man-made law is an arbitrary threat backed by violence. A law is an opinion backed by a gun. A few hundred or a thousand people cannot effectively legislate a utopia for millions of diverse individuals; often their efforts bring about the exact opposite.

Whereas Voluntaryism/Anarchy recognizes that there exists the basic Laws of Morality/Common Law/Natural Law/Golden Rule. These were not created by anyone but are commonly understood by all. We live by these when we interact with our friends and family. Such laws are immutable and inviolable. When they are violated we all intimately understand the consequences. No capricious enforcement of these consequences is necessary. The definition of a law is its universality. They were discovered, not created. They include the laws of mathematics, law of chemistry, laws of planetary motion, and laws of physics. Anarchy is the beautiful spontaneous order that arises out of the voluntary trade between peaceful individuals.

Those who cannot voluntarily interact with their fellow human beings appeal to the guns of the State to solve their problems. Those who will not compete voluntarily in the market place of ideas become enamored with the State. Those who seek to subjugate their fellow man under the guise of representing him become politicians. No man is fit rule to over another. Anyone who claims to give you security in exchange for your freedom is a clever sophist. Anyone who claims to shower you with “free” gifts in exchange for your allegiance is a thief dealing in stolen loot masquerading as your benevolent friend. The man of virtue seeks to serve his fellow man through voluntary trade and consensual interaction. Anything less would be uncivilized.

The Law →
← I Am Ready To Give Up On Politics 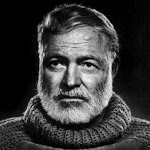 Never think that war, no matter how necessary, nor how justified, is not a crime.Ernest Hemingway … (next quote)

What Is the Foundation Of Your Economic Beliefs?