BritishMoralHQ | The Law, original French title La Loi, is an 1850 book by Frédéric Bastiat. It was written at Mugron two years after the third French Revolution and a few months before his death of tuberculosis at age 49. The essay was influenced by John Locke’s Second Treatise on Government and in turn influenced Henry Hazlitt’s Economics in One Lesson. It is the work for which Bastiat is most famous along with The candlemaker’s petition and the Parable of the broken window.

In The Law, Bastiat says “each of us has a natural right – from God – to defend his person, his liberty, and his property”. The State is a “substitution of a common force for individual forces” to defend this right. The law becomes perverted when it is used to violate the rights of the individual, when it punishes one’s right to defend himself against a collective effort of others to legislatively enact laws which basically have the same effect of plundering.

Justice has precise limits but philanthropy is limitless and government can grow endlessly when that becomes its function. The resulting statism is “based on this triple hypothesis: the total inertness of mankind, the omnipotence of the law, and the infallibility of the legislator”. The relationship between the public and the legislator becomes “like the clay to the potter”. Bastiat says, “I do not dispute their right to invent social combinations, to advertise them, to advocate them, and to try them upon themselves, at their own expense and risk. But I do dispute their right to impose these plans upon us by law – by force – and to compel us to pay for them with our taxes” 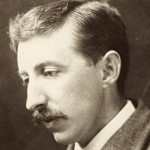 I have no mystic faith in the people. I have in the individual.E. M. Forster … (next quote)