HealthFreedomUSA.org | Codex Alimentarius was founded in 1962 by the UN to establish international free trade foods. It is jointly administered by the World Health Organization (WHO) and the Food and Agriculture Organization (FAO) through annual and regional meetings.

Codex sets advisory standards and guidelines which nations may adopt or modify. If they modify them without special protections, nations may be found guilty of setting up trade barriers by the World Trade Organization (WTO), and be assessed crippling financial penalties. If, on the other hand, countries deviate from Codex texts by creating a scientifically strong alternative guideline or standard, and pass enabling legislation (a process we refer to as “The Codex Two Step”) they are free to deviate from Codex without being found guilty of creating barriers to trade. WTO has repeatedly refused to grant Codex a unique position as THE international food code, saying it is one of several such standards.

Codex decisions are, however, often perceived as inevitable by many developing nations which are not aware of the flexibility to protect the health of their people through the Two Step Process.

Codex’ decisions are heavily influenced by the desires of multinational special interest groups who send representatives to sit on national committees and as NGO delegates. Because Codex is so heavily influenced by corporate interests, its decisions are, in our opinion, often helpful to corporate well-being but strikingly detrimental to human and einviromental health.

Codex pertains to every bite – and kind of – food traded internationally and allows high doses of pesticides, veterinary drugs, synthetic hormones, contaminants, artificial sweeteners, and other dangerous compounds and processes (like mandated irradiation of food) while it forbids health claims for food.

These 14 points provide you with understanding about Codex Alimentarius – health freedom threat number one. It also explains what to do about it. 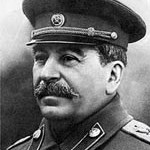 One death is a tragedy; one million is a statistic.Joseph Stalin … (next quote)

Dumbed Down to the Very Ground!

Why Self-Organized Networks Will Destroy Hierarchies — A Credo

You Are a Slave to Government