Font
No Evidence Anyone Is a Taxpayer →
← Seige At Rainbow Farm

Wikipedia.org | Malum prohibitum (plural mala prohibita, literal translation: “wrong [as or because] prohibited”) is a Latin phrase used in law to refer to conduct that constitutes an unlawful act only by virtue of statute, as opposed to conduct evil in and of itself, or malum in se. Conduct that was so clearly violative of society’s standards for allowable conduct that it was illegal under English common law is usually regarded as “malum in se“. An offense that is malum prohibitum, for example, may not appear on the face to directly violate moral standards. The distinction between these two cases is discussed in State of Washington v. Thaddius X. Anderson:

No Evidence Anyone Is a Taxpayer →
← Seige At Rainbow Farm 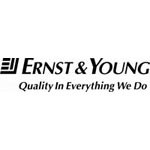 [We] found no evidence to conclude that previous success in higher education correlated with future success in subsequent professional qualifications undertaken.Ernst and Young
Professional Services Firm - in response to why they would no longer be requiring college degrees for candidates applying to join their teams. … (next quote)