Font
Our Enemy, The State →
← The Law

Mencken.org | Poor people, let it be remembered, have just as many rights under a civilized government as rich people. The one obligation laid upon them is that they shall not claim as a right any privilege which will have the effect of destroying the rights of other folks. But do they destroy any other person’s right when they go to Back River on Sunday and drink a few bottles of beer, or when they go into the public parks and kiss their best girls, or when they take those girls to dances and there hug them con amore, or when they slake their thirst between waltzes with the malt of the country? I think not. On the contrary, it seems to me that they have an inalienable right to do these things, and to do any other normal and harmless thing which seems to them agreeable, and that any person who ventures to forbid them commits an intolerable offense against them.

A poor man’s amusements are his own affairs, and so are his vices. Even if those vices are of such a character and virulence that, long practiced, they will tend to endanger his health, he has still a clear right to practice them. The work he must do every day also tends to endanger his health, and yet who objects to it as immoral? Certainly not the Pecksniffs who pursue him with their platitudes and their complaining. These Pecksniffs, nine times out of ten, get a profit, directly or indirectly, out of that work of his, and are the chief opponents of all proposals that its hours be reduced or its pay increased. Then what right have they to preach to the man? What right have they, after paying him so ill, to dictate how he shall spend his pay and his leisure?

The trouble with all these efforts to uplift the poor, even when they are sincere, is that they concern themselves with effects to the exclusion of causes. Why, for example, do girls go wrong? Is it because they are naturally vicious? Not always. Too often it is because they are poor, or because their parents are poor. Poverty is the eternal enemy of self-respect, of intelligence, of personal dignity. Poor people, when they get any recreation at all, must take it in common with large numbers of their kind; they cannot. afford to go it alone. And that wholesale contact naturally breaks down their reserve and robs them of all fastidiousness. No wonder they begin to appear, in the end, as barbarians. No wonder their pleasures tend to offend the delicate sensibilities of the classes above them.

But that element of barbarousness, I believe, will never be wholly eradicated. To the man of refinement it may seem wholly disgusting to send a lard can to the corner saloon for six cents’ worth of beer, but to the man who can’t afford to drink more decently it presents the only alternative to going without. But should he then go without? I don’t think he should. He is as much entitled to joy in this world, and even to an occasional debauch, as any other man, and it is his misfortune rather than his fault if he must take it somewhat hoggishly. No human being can live upon work alone. He must have, too, his relaxation, his moment of forgetiulness, his fling. And if he can’t get it in an automobile, he is well within his rights when he seeks it in a barroom.

The current objection to the love-making customs of the poor is merely an objection to the vulgarity of the poor, and that vulgarity will persist as long as there are poor. Is it a fact that unrestrained hugging and kissing, in the parks and elsewhere, tends to promote the debanching of girls? I suppose it does. But that is one of the penalties of being poor. An immigrant working- girl of the class so numerous in Baltimore cannot ordinarily entertain her young man in her own home. Even if she has a home, it is usually too crowded for such benign uses. So she and he take to the parks, the dance halls and the excursion boats, preferring the gaze of strangers to that of more intimate and embarrassing critics. Naturally enough, this frank adoption of publicity tends to break down their self-consciousness and reserve, and so it is no wonder that their love-making sometimes becomes frankly clownish.

But why belabor them for it? Why ask them to show that refinement which is based so obviously on the possession of money? Why go on the assumption that whatever they do is inherently wrong? Why try to teach them tricks so hopelessly unadapted to the life that they must face and endure? Why, in brief, bound them and tyrannize over them? They are just as decent, at bottom, as any other class of people, and they have just as much right as any other class to frame their own definition of decency. Read Entire Article 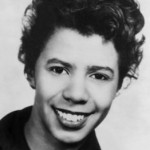 Never be afraid to sit awhile and think.Lorraine Hansberry … (next quote)

Exposing The Myths Of “Settled Science”

The Bogus Right to Health Care