Font
Rearing Without Religion →
← Public Schooling And The National-Security State

Spontaneous Order And Trade Without Force

NotBeingGoverned.com | Human beings have made some pretty remarkable advancements and discoveries throughout the course of history, despite the fact that incompetent central planners have put themselves in charge of the most vital aspects of civilization. As I discussed earlier, the governments of the world may have monopolized certain services like infrastructure, education, law and defense, but that does not mean that a government is the only kind of organization that can provide these services. When it comes down to it these services are all made possible by people, they are only paid for and delegated by governments. Even then the money that is used for these projects doesn’t come from the government to begin with, but comes from people in the community who have had their money stolen by the government.

Most of the money that is collected through taxation is used to line the pockets of politicians and establish bureaucracies that add to the size and power of government. A very small fraction actually ends up being spent on worthwhile public services. With this being understood it should be obvious that if given the opportunity to allocate their own resources amongst themselves voluntarily, communities would be able to provide services that are far superior to those that are forcefully imposed by central planners.

The world does not need authority figures to dictate the course of human history, if anything the brutality and callousness of past regimes should serve as a reminder of how dangerous it is to give people authority over the lives of others. Rulers of the past have taken the credit for the hard work of the average people who have built civilizations on their command, leaving a historical myth that we owe our entire progression to figures of authority. In reality when it comes to the positive aspects of our existence, we have the ingenuity of our ancestors to thank, not the tyrants who rode on their backs. The history books may glorify warlords, monarch and aristocrats as being the founders of our modern way of life, but this is only a result of the warlords writing the history books. Read Entire Article

Rearing Without Religion →
← Public Schooling And The National-Security State 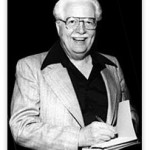 Government is a disease masquerading as its own cure.Robert LeFevre … (next quote)

Following One Principle Would Abolish Violence And Injustice

Free the Drug Users and Tax Resisters Too