Font
Why I Refuse to Register (To Vote or Pay Taxes) →
← Why Wait? Put Me in Jail Now 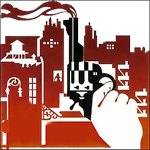 NewsWithViews.com | Things are going well when a man enters the store wearing a black suit coat and a fedora. He walks straight up to the counter not looking at any of the merchandise and he locks his eyes with yours. “Who is the owner here?” he asks. You reply that you are. He then proceeds to tell you that for the privilege of operating this business and for the protection he provides he demands that you pay him thirty percent of all the profit from your business. He further tells you that if you refuse then some very bad things just might happen and you could lose it all.

We have seen this scenario played out many times in old movies of the gangster lore. The mobster would demand protection payments even when the protection you are paying for was from that very same gang. And if you did not pay you would end up losing everything.

Now I am going to ask what some would deem a ridiculous question; what is the difference between the government and organized crime?

So what is the real difference between government and organized crime? In my opinion it is the ability to amass force against the victims. Organized crime may be able to get 20 or 30 guys together to run a neighborhood. The government can get hundreds of thousands.

Case in point; how many people if they were told that they have a tax burden placed on them by the government would ‘voluntarily’ pay that tax if they were also told no one will bother them if they did not pay it? Besides the exception to the rule the vast majority will not. So why do we pay taxes to the government? We do so because if we do not men with guns will show up at our door and take our belongings, take our home, and possibly put us in a cell for years and years. This is called coercion, doing something out of fear of the consequences of not doing it, even when we would not otherwise do so. Read Entire Article

Why I Refuse to Register (To Vote or Pay Taxes) →
← Why Wait? Put Me in Jail Now

The old adage about giving a man a fish versus teaching him how to fish has been updated by a reader: Give a man a fish and he will ask for tartar sauce and French fries! Moreover, some politician who wants his vote will declare all these things to be among his 'basic rights.'Thomas Sowell … (next quote)

Ain’t Nobody’s Business If You Do