The Truth of the Matter

Strike-The-Root | Freeman finds himself within the borders claimed by a government. This human being decides he does not want to participate in the government organization anymore, so he quits. He then finds a nice plot of “public” property and claims it as his own. He is quickly confronted with a government participant named Citizen, who informs him that the land belongs to the government, and he is trespassing.

Freeman points out that the land is not owned, and so he has claimed it from nature as his own. If this Mr. Government person indeed has first claim on it, then let him show up and prove his claim. Citizen then informs Freeman that there is no “Mr. Government person,” and that the government is made up of all of its participants. These participants pay taxes, and so they are the rightful owners of this land, and they all (or at least most of them) say you are trespassing, so clear off.

But Freeman is not so easily moved. Citizen seems to believe that the imaginary organization called government (Yes, it is no more than an intangible, imaginary construct.) can actually claim the right to hold a piece of nature’s resources as if it possessed the rights of an actual human being. Freeman points out, quite correctly, that imaginary creations cannot claim rights equal to that of an actual human being, and so if Citizen is actually saying that Freeman cannot stay here because an imaginary entity has already claimed this land, then Freeman is afraid that Citizen is the one who must leave, as he is the trespasser upon Freeman’s justly acquired property.

But Citizen continues to insist that millions of tax-paying humans have decided that Freeman cannot just appropriate this land that has been declared public, because all those human beings are joint owners. Freeman points out that no human being, or group of human beings, can arbitrarily claim land that they are not using or have never seen as their own, or else the first person to lay claim to the entire planet would rule over all humanity. Every human being has the right to exist upon the Earth, and it is imperative that he be able to claim unused natural resources as his own in order to survive. This right cannot be logically overridden by the supposed rights of a fictional character, nor can it be justly overridden through the aggressive force of the many against the few.

Citizen wishes to convince Freeman that the edicts of government overrule the laws of nature. Citizen does not want to give credence to the idea of natural law. He wants to believe that government is an idea that rules human beings, and not the other way around. Citizen believes that whatever the majority holds to be just, is de facto just. Citizen is a very deluded individual, and Freeman is having none of it.

Citizen then points a gun at Freeman, and the truth of the matter is revealed.

Taxation is Theft, and Theft Cannot Be “Reformed” →
← Stating the Bleeding Obvious (Part 1) 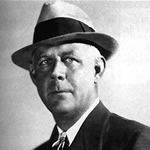 I learned much more from defeat than I ever learned from winning.Grantland Rice … (next quote)

Why Doctors Are More Dangerous Than Guns