Font
Organized Crime And Government →
← My Name Is Ben

Why Wait? Put Me in Jail Now

SzandorBlestman | As the federal government continues trouncing more and more of our natural human rights, as it hides behind the iron security curtain to excuse itself when arresting and silencing those whose only crimes were to question the legitimacy of federal law, how long before they start to arrest even the most unobtrusive blogger for having an opinion? They need not wait until 2014 when I still won´t buy their crappy health insurance to arrest me. They don´t need to wait until 2014 to start letting everyone know that they are in charge and we will do as they say, buy and sell as they want, or else. It is already happening. Instead of passing “health care reform” that puts yet another economic sector in total government control, why not just start arresting everyone who disagrees with government mandates right now and be done with it? Why not just declare unending economic and security crises and use those as excuses for complete and total government takeover of all human activity?

Of course, the corporate political elite want to do this as stealthily as possible. They want to keep people from thinking for themselves, just as they´d like to keep them from conducting their own business when it comes to health care, or anything else for that matter. They strive to create an entitlement mentality in the populace and they´ve been quite successful at promoting this mindset, at least during my lifetime. The more people who are dependent on the federal government, the more power the federal government can laud over the public, the better off the corporate political elite are. The less people think for themselves, the more they let the federal government regulate their day to day lives and businesses, the more dependent on the corporate elite they become. It´s a vicious circle and if they move too quickly the people may suddenly be forced to think for themselves and the circle will be broken. That´s why so many of the corporate political elite feed the monstrous entitlement mentality of the public. Read Entire Article

Organized Crime And Government →
← My Name Is Ben 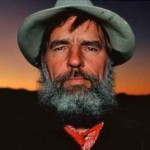 Love implies anger. The man who is angered by nothing cares about nothing.Edward Abbey … (next quote)

All Have Identical, Equal Rights