Font
How To Brainwash A Nation →
← Organized Crime And Government

They are similar in that both taxes and voting are activities that demand involvement with that coercive institution known as government. Government exercises a monopoly of legal control over a certain geographic area. This encompasses coercive monopolization of the major services that it provides us. To fund these services, the government unilaterally imposes a compulsory levy upon us. These “taxes” are not based on the amount of service the government provides us, nor upon our request for them. (The government does not offer us the opportunity to do without a particular service, or shop elsewhere for it, or to negotiate the price.) It doesn’t care if we didn’t want the service, didn’t use all that was offered, or simply refused it altogether. The government declares it a crime if we refuse to pay all or part of “our share.” It attempts to punish this refusal by making us serve time in jail or confiscating some of our property, or both.

The main reason, however, why I refuse to pay taxes is that I don’t want to give my sanction to the government. I, for one, do not consent to our particular government, nor do I want to support any coercive institution. I object, on principle, to the forced collection of taxes because taxes are a euphemism for stealing. (By stealing, I mean taking another person’s property without his voluntary consent.) Stealing is not an activity that leads to social harmony or prosperity. Stealing is anti-life. It is not an activity that can be universalized. If it were, it would result in death and destruction for all. Furthermore, “stealing” or “taxation” is wasteful. Everyone agrees that government money is spent unwisely, wastefully, and on at least some project(s) which would not be voluntarily supported by some taxpayers. But, even if the spending were not wasteful or for some improper purpose, I would still object strenuously because taxes are theft. In other words, I object to the means (the compulsion used by government) – regardless of how efficiently the money is spent or what it is spent on. I do not want it said about me that I cooperated with the government.

Similarly, I refuse to participate in the electoral process (I simply refuse to register to vote) because I do not want it ever said that I supported the state. When you play a game, you agree to abide by the rules and accept the outcome. Well, I simply refuse to play, and in clear conscience can say that I am not bound by the outcome. Furthermore, there [are] many reprehensible activities taken by the government (you choose your own example) which I do not wish to support. Governments need legitimacy, and one of the major means of establishing legitimacy is to claim that the voters support the government. Just imagine if everyone refused to vote and pay taxes. Government would shrivel up. But, before that happened legislators at every level would probably pass laws that would make voting compulsory. This has already happened in some countries.

I recently read an article by Charles Reich (from his column, “Reflections,” on “The Limits of Duty”) that appeared in the June 19, 1971 issue of The New Yorker. It was written during the Vietnam era, when many draft-age college students were resisting conscription into the United States military forces. Reich wrote:

Perhaps the best way to understand those who have resisted the draft – by seeking conscientious-objector status, by going to jail, by fleeing to Canada – is to acknowledge that they are demanding to live and to be judged by the old standards as fully responsible moral beings. They are seeking law, not evading it. Finding no acceptable standard of conduct available in today’s organizational society, they have gone to standards that are not their own personal fiat but the old, traditional standards of religion, ethics, and common law. They are saying that they refuse to act in a way that common experience tells them will produce evil – evil that we know about or should know about. (emphasis added, p.55)

In other words, in refusing to “register” to pay taxes, I am going back to “the old, traditional standards of religion, ethics, common law,” and common sense. I am refusing to act in a way that produces or contributes to evil. I rest my case.

How To Brainwash A Nation →
← Organized Crime And Government 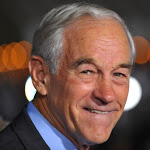 American voters should understand that Congress will always find a way to spend every last dollar sent to Washington.Ron Paul … (next quote)

Taking Children Away From Reality For All Of Their Natural Youth

It’s Not Stealing, It’s the Law!