Font
The Cosmology Quest →
← On Truth: The Tyranny of Illusion

DailyAnarchist.com | Childhood spanking is a euphemism for what it really is, physical assault of another human being. It is even more egregious in nature than physical assault of another adult, since an adult can at least move to defend themselves against such attacks. The child is made to feel as guilt, and shame for disobeying the “authority” of the parents, and is forced to endure whatever physical punishment the parent deems worthy. This violates the most basic trust a child has in his parents who, as guardians and protectors, are attacking and injuring them. The child must endure such assault without question for fear of reprisal.

Parental justifications for spanking include, “this is for your own good,” “you made me do it,” or “you brought this on yourself.” It is, to my knowledge, the only area of human relations in which physical assault goes unpunished. A man cannot physically assault his wife and say, “this is for your own good,” or “you brought this on yourself.” Such a man would have hell to pay for such reprehensible actions. Why then when it is applied to children does this contemptible action go not only unpunished, but is encouraged by the majority of the population? Read Entire Article

The Cosmology Quest →
← On Truth: The Tyranny of Illusion 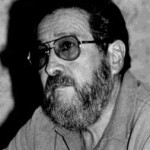 Information is the key to just about everything there is. All management, all administration can be replaced by information. If there is information available the administrator is not needed. Administrators in the past have simply been nodes where information is collected, and they have tended to restrict it rather than distribute it.Karl Hess … (next quote)

That’s Why You Shouldn’t Bring Kids To Protests!

Gitmo Is Killing Me