Font
Accommodating The Damaged Ones →
← Mathematics

Capitalism Is NOT Imperialism

LearnLiberty | Although many conflate capitalism and imperialism or think the two systems are closely connected, they are actually quite different, even at odds with one another. Capitalism is a system based on voluntary exchanges that benefit all of the parties involved. In contrast, imperialism is based on exploiting the poor through political power and military force. Prof. Stephen Davies shows that capitalism has been blamed through the years for a number of catastrophes—such as political corruption, exploitation of the poor, mass famines, and others—that were in fact a result of imperialism.

Accommodating The Damaged Ones →
← Mathematics 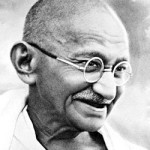 Consciously or unconsciously, every one of us does render some service or other. If we cultivate the habit of doing this service deliberately, our desire for service will steadily grow stronger, and will make, not only our own happiness, but that of the world at large.Mohandas Gandhi … (next quote)