Font
How Do You Deal With Fear? →
← Words

How To Prevent The Young And Poor From Succeeding

FEE.org | Let’s face it. I’m not that young anymore. I’m also not poor anymore, and I live a comfortable middle-class American life. Most older, better off middle-classers like me got where we are through the dynamic market process. The trouble is, now that we’re doing pretty well, that same dynamic process is a threat. I don’t want some young whippersnapper or poor immigrant to outwork me. What if they succeed faster than I do? What if they create more value than I can, and so outcompete me for a job?

Take heart, well-heeled middle-agers. I have a plan. My scheme for keeping younger and poorer people from succeeding—and possibly making us have to work harder to stay on top—is two pronged: We’ve got to affect both supply and demand.

Let’s get to some specifics.

Restricting the supply of opportunities

The biggest advantages young and poor people have over us are very low opportunity costs and a low-cost lifestyle. This means they don’t have to give up much to work a job, and they don’t need to earn much to cover their expenses. Because of these major advantages, they can work for very low wages, and thus become attractive for employers to hire and train. At low wages, they’ll always find work, and worse yet, they’ll be constantly learning and improving—adding to their stock of human capital.

The obvious solution is to make it illegal to work for low wages. Working for free is absolutely out of the question. If young and poor people could simply offer to work for little or no pay, they’d soon be gaining valuable skills and competing with us for jobs! Let’s cut that first rung off the ladder, lest they climb over us some day.

Young and inexperienced workers don’t have a lot of expertise. They make mistakes. Of course, if they’re allowed to participate in the trial-and-error process of the market, the incentives will soon drive them to develop expertise and be reliable suppliers of goods and services. That would be a travesty for us. We need to keep them unskilled and unreliable. The solution is to create a labyrinthine web of licenses and regulations that make it illegal for anyone but experts to sell goods or offer services. Since we’ve already banned working for low wages or apprenticing for free, it will be almost impossible for these novices to learn from a seasoned expert until they gain the necessary skill. We can make it even harder by adding lots of fees and costly training sessions to obtain licenses.

There needn’t be just one law making low wages illegal or just one licensing and regulatory regime. We need a wide variety of complex and ever-changing barriers. High taxes on productivity and profit, union dues and demands, work restrictions, rigid job categories, seniority bias, massive credential requirements, health and safety rules to cripple upstarts, consumer protection laws to hamper smaller producers, no access to capital or ability to stay in line with the law without costly lawyers and accountants, etc., etc., ad nauseam.

My recommendations are myriad, but they all boil down to a simple principle: Do anything we can to make economic opportunities more costly and rare. This reserves most of said opportunities for us.

Now for the second prong.

We don’t want to seem callous and cold toward those less comfortably situated. Indeed, we harbor no ill will toward the young and poor. We just don’t want them to compete with or catch us.

Since we care—and especially because want people to believe that we care—we can’t be all “stick.” We need some “carrot,” too. It’s not enough to restrict the supply of opportunities, because some people will break the rules or work around them. We also need to suppress demand by offering some sweet incentives for young workers to stay unproductive and uncompetitive. We need to make non-participation in the market more attractive than participation.

First, I recommend a strict policy of forced education for the first few decades of life. We’ve already discussed making it illegal for the young to work or the poor to work for low wages. But we also need to make it mandatory that they do something else, and something that won’t make them more likely to compete with us now or later. We should create giant institutions where we send them all day to follow rules and do what they’re told without question. We don’t want them becoming innovative, or pursuing passions and interests that they might become experts in and thus supplant us in the market. They must only learn what the bureaucrats who run the system tell them to. (Oh, and the people who run the system should only be those who don’t really know much about competing in the market, because we wouldn’t want them passing on such knowledge.)

We can’t just make school mandatory. Many would still play hooky if it cost too much. We also need to hide the cost by paying for the whole thing through taxes and borrowing. We need to subsidize it so much that alternatives can’t compete. We need to weave a narrative about its glory so that no one wants to opt out.

But 18 years isn’t enough. We need to keep these young, hungry individuals out of our way as long as possible. I say we artificially lower the cost of otherwise very expensive degree programs and advanced studies. We can guarantee low-interest loans, throw a lot of grants and subsidies around, and always, always parrot powerful propaganda about the inestimable value of classroom learning. Let’s make the most attractive option—socially and economically—the one that keeps them from the commercial world as long as possible.

The longer we can make the education process, the better for us. Defer, defer, defer the time at which young people start entering the productive sector. The more loans they take on in the process, the better. Maybe they’ll even get married, get a nice house (we can incentivize the buying of expensive consumer goods via debt as well!), and have kids. All of these things are good because they take away one of the major advantages the young have in the workforce—their low cost of living and hence ability to bid for lower starting wages. We want them saddled with so much debt that they have to earn high wages to get by, and thus have to compete with workers that are a lot more experienced for those higher wage jobs. We need them coming out of college looking for salaries that don’t comport with their skill levels. This increases the odds that older workers like us will win.

We’ll need to address those too old or too poor for school as well. We need basic income guarantees, food stamps, and all manner of welfare to cover the costs of low-income life such that no part-time entry-level job could pay quite as much. Again, we need to make not working worth more than working.

Here’s the best part: By the time these young and poor find themselves unable to compete, with costly lifestyles and loans to maintain and little skill or experience, they’ll be older. They’ll join our ranks. They’ll lobby for even harsher restrictions on those even less experienced and less well-off than they are. They’ll demand to get the low-skill jobs they’re qualified for, but demand the pay be raised to high-skill wages. They’ll make the list of degrees and credentials they’ve accumulated the new barrier to entry to artificially raise their market value. They’ll help us perpetuate the very policies that caused their plight!

As with the first prong, these are but a few examples. Ideally a massive and shifting bundle of incentives to not enter the market as a producer can be put together: education mandates and subsidies, tax incentives to spend rather than save and to purchase education rather than other goods or business tools, housing and healthcare as long as you don’t work, and rewards for any activity that makes one less likely to try to compete with us in the market.

These policies will subtly turn the attention of nearly everyone away from value creation, innovation, and serving customers—all of which might threaten our dormancy. It will turn everyone’s attention and energy to fighting over the details of these policies and programs, to who gets which slice of the artificially limited pie and at whose expense. Some of us can really take advantage by running for political office and dividing up the warring interests we’ve created by promising them more restrictions and subsidies.

Above all, with both prongs of this strategy, we need a narrative that calls these policies noble, compassionate, and wise. We need them to be perceived as humanitarian aid to the young and poor, not as ways to keep them from succeeding. We need to make these programs universal values in themselves—regardless of the outcomes they produce. Who could oppose better wages? Who could oppose more education? Who could oppose more loans for homes or college? Who could oppose work rules and consumer safety regulations? Middle-aged, middle-class people certainly won’t, if we know what’s good for us.

We cannot abide an America in which plucky newcomers outperform us at every turn. Join me in securing our future. 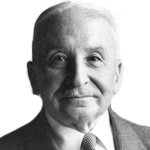 If the government objects to monopoly prices for new inventions, it should stop granting patents.Ludwig Von Mises … (next quote)

Imprisoned in the USA for “Obstruction of Justice”

Life and Debt – Globalization and Jamaica