Tom Mullen’s Blog | Critics on the left have quite correctly pointed out that Tea Party activists who oppose President Obama’s “socialism” are hypocritical in that they do not oppose Social Security for themselves. The most common rebuttal to this criticism is usually something along the lines of Social Security being fundamentally different because the recipients pay into it. However, this argument is no different than arguing for a right to steal your younger neighbor’s car because an older neighbor has stolen yours. Allow me to explain.

Most people are aware that Social Security has begun paying out more in benefits than it collects in payroll taxes. However, it had run surpluses for decades that most beneficiaries honestly believe is funding the shortfall until the demographic imbalance caused by the baby boom evens out. Since they “paid into it all of their lives,” supporters of Social Security distinguish it from Aid to Dependent Children or other wealth transfer programs. Inherent in this thinking is both factual inaccuracy and flawed logic.

First, even if those surpluses had gone into a “trust fund,” no one disputes that Social Security has always been a predominantly “pay-as-you-go” program. In other words, the overwhelming majority of the money collected from payroll taxes went to fund benefits for current beneficiaries. Thus, payroll taxes were taken from one group of people and paid out to another, just like public welfare.

One might argue that the surpluses generated previously meant that at least part of the money being paid to current beneficiaries was their own money, held in trust for their retirement. However, this is also completely untrue. The surpluses have not been held in cash since 1939. Instead, when the program runs a surplus, the government is legally obligated to use the money to purchase U.S. Treasury bonds, which are nothing more than securities documenting that you have loaned the federal government money. So, by law, any surplus collected in payroll taxes for Social Security must be lent to the federal government (which immediately spends it on operating expenses). In return, Treasury Bonds are put into the trust fund.

For those who remember and decry this change in 1939 as a betrayal, remember that the FDR administration had also taken the U.S. off the gold standard (domestically). Had the government continued to merely hold reserves in cash, the reserves would have been outstripped by inflation by the time the benefits were payable to most beneficiaries.

Most people think of the treasury bond arrangement as the government putting their money into a “secure investment” that will pay them interest with very little risk. However, this is logically absurd. Treasury bonds are not “an investment.” An investment is a loan or advance of capital made in the hopes of earning interest from a producer of goods or services. The fundamental question anyone asks before risking their money with a bond issued by a private business is “How are you going to pay me back?”

The answer that would be given by a private sector business would be, “By using the capital that you have loaned us, we are going to expand our productive capacity. With the new products that we will produce and sell, we will be able to pay back your investment with interest and still make a profit.” Thus, if you purchase a bond issued by a computer manufacturer (i.e. lend it money), then the computer manufacturer is able to repay you with interest out of the new computers it was able to produce with the money it borrowed from you.

Thus, even the so-called “trust fund” does not represent a store of your own money, held in trust for your retirement. 100% of your money was spent the moment that it was received by the government. Most went to underwrite the benefits of current beneficiaries. The rest was spent on other government boondoggles and replaced by promises to repay you by taxing other people. Not one dime of current benefits represents a “payback” of one’s own money. Social Security is every bit as “socialist” as Aid to Dependent Children, Medicaid, Medicare, or any other government transfer of wealth. Where do you think it got its name? Read Entire Article 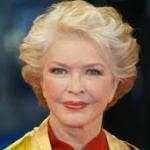 What a lovely surprise to finally discover how unlonely being alone can be.Ellen Burstyn … (next quote)

Freedom of the Press at the White House