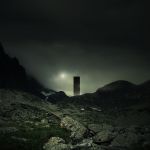 PeaceFreedomProsperity.com | “The New Idol – Somewhere there are still peoples and herds, but not with us, my brothers: here there are states. A state? What is that? Well! open now your ears to me, for now I will speak to you about the death of peoples. State is the name of the coldest of all cold monsters.

Coldly it lies; and this lie slips from its mouth: “I, the state, am the people.” It is a lie! It was creators who created peoples, and hung a faith and a love over them: thus they served life. Destroyers are they who lay snares for the many, and call it state: they hang a sword and a hundred cravings over them. Where there are still peoples, the state is not understood, and is hated as the evil eye, and as sin against laws and customs. This sign I give to you: every people speaks its own language of good and evil, which its neighbor does not understand. It has created its own language of laws and customs. But the state lies in all the tongues of good and evil; and whatever it says it lies; and whatever it has it has stolen. Everything in it is false; it bites with stolen teeth, and bites often. It is false down to its bowels.

Confusion of tongues of good and evil; this sign I give you as the sign of the state. This sign points to the will to death! it points to the preachers of death! All too many are born: for the superfluous the state was created! See how it entices them to it, the all-too-many! How it swallows and chews and rechews them! “On earth there is nothing greater than I: I am the governing hand of God.” — thus roars the monster. And not only the long-eared and short-sighted fall upon their knees! Ah! even in your ears, you great souls, it whispers its gloomy lies! Ah! it finds out the rich hearts which willingly squander themselves! Yes, it finds you too, you conquerors of the old God! You became weary of conflict, and now your weariness serves the new idol! It would set up heroes and honorable ones around it, the new idol! Gladly it basks in the sunshine of good consciences, — the cold monster!

It will give everything to you, if you worship it, the new idol: thus it buys the lustre of your virtue, and the glance of your proud eyes. Through you it seeks to seduce the all-too-many! Yes, a hellish artifice has been created here, a death-horse jingling with the trappings of divine honors! Yes, a dying for many has been created here, which glorifies itself as life: verily, a great service to all preachers of death! The state, I call it, where all drink poison, the good and the bad: the state, where all lose themselves, the good and the bad: the state, where the slow suicide of all — is called “life.”

Often filth sits on the throne. — and often also the throne on filth. Madmen they all seem to me, and clambering apes, and too eager. Foul smells their idol to me, the cold monster: foul they all smell to me, these idolaters. My brothers, will you suffocate in the fumes of their maws and appetites! Better to break the windows and jump into the open air! Escape from their foul stench!

Escape from the idolatry of the superfluous! Escape from their foul stench! Escape from the steam of these human sacrifices! The earth is yet free for great souls. There are still many empty sites for the lonesome and the twosome, surrounded by the fragrance of tranquil seas. A free life is yet possible for great souls. He who possesses little is that much less possessed: blessed be a little poverty! There, where the state ends — there only begins the man who is not superfluous: there begins the song of the necessary, the single and irreplaceable melody. There, where the state ends — look there, my brothers! Do you not see it, the rainbow and the bridges of the Overman? Thus spoke Zarathustra.”

Everything the State says is a lie, and everything it has it has stolen.Friedrich Nietzsche … (next quote)

Most Men Are Chickenshit Cowards