Font
The Other Side Of Hitler →
← The Nurture May Differ, But The Nature Does Not.

Santarchy | John Taylor Gatto was a teacher in New York city public schools for 30 years and was the winner New York City Teacher of the Year on three occasions. He has become an outspoken critic of the compulsory American education system and has some thought provoking things to say.

The Other Side Of Hitler →
← The Nurture May Differ, But The Nature Does Not. 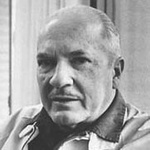 When any government, or any church for that matter, undertakes to say to its subjects, "This you may not read, this you may not see, this you are forbidden to know," the end result is tyranny and oppression, no matter how holy the motives. Mighty little force is needed to control a man whose mind has been hoodwinked; contrariwise, no amount of force can control a free man, a man whose mind is free. No, not the rack, not fission bombs, not anything -- you can't conquer a free man; the most you can do is kill him.Robert A. Heinlein … (next quote)

To Build A Castle-My Life As A Dissenter