Font
The Delusion Of Limited Government →
← From A Former Soldier Of The American 4th Reich Empire….

You Are Not The Target Audience

HumanIterations.net | In order to understand the sense behind those silly busted windows it’s important that you look beyond your personal reaction, indeed you should probably even look beyond the reactions of most of the people you know. We’re conditioned to assume that winning over a majority is the very definition of success, but in many cases that’s not true at all. Sure, when you’re trying to impose your will upon others it helps to have a ton of support, but when you’re only out to resist it doesn’t take much to make yourselves ungovernable.

As anarchists we’re not out to impose some totalizing vision upon the whole of society–exactly how you live your own life is your lookout–but we do mean to lend a hand where we can to make it impossible for anyone to impose their will over another. It wouldn’t matter if a majority of folks supported chattel slavery, we’d help slaves shoot their owners regardless (and incidentally we did). A very small minority can be such a grievous pain as to make large systems of power unsustainable. This much is obvious to everyone in our day and age. If three million people–less than 1% of the US population–launched an armed insurrection it would obviously be enough to bring all semblance of state power down. Of course that’s not precisely what we’re attempting, we are hardly blind to the non-state dynamics of power such a blithely single-minded campaign would ignore, but it is illustrative. Even the American Revolution–a campaign that sadly wasted much to replace one authority with another–was won with the support of barely over a third of the populace. You don’t need a majority to derail an injustice.

However it does help to have more than a few people. There aren’t three million self-aware and committed anarchists in the US. Our movement has been rebuilding fast since the days when capitalist and communist governments openly collaborated to kill us off, and since the nineties that growth has been exponential, but we’ve still got a long way to go. Outreach matters. And when an activist tamely busts some window they’re obviously not trying to win by depriving the state of glass surfaces. This too is outreach of a form.

But you are not the target audience.

This may come as a shock. We’re all so used to politicians and lobbying groups trying to win our support that the notion of someone completely uninterested in what you’ll say about them over the proverbial watercooler is a little insulting. Tough. To the serious activist on the street it doesn’t matter how you’re likely to vote or whether you’ll donate money–those are not feasible routes to the sort of social change we’re interested in. Are you going to actively join us in struggle or not? Organize your workplace, start a community garden, retake an abandoned building, code better tools, fight off a cop? Are you likely to seriously commit? In practice some people are quicker and more effective allies than others.

You don’t have to explain the institutional allegiances of the police to certain communities. Many folks already know the score. All that’s holding them back from joining in active resistance is a sense of isolation, weakness, and despair. In this context street fighting and vandalism are not so much proofs of method but statements of commitment and seriousness. There are others like you who are willing to fight, and we can hurt them, or at the very least we can shatter the air of invulnerability that pervades business as usual. It’s hard to overstate the psychological effect this can have on those who feel ground down or fenced in. Riots are especially useful when passive protest is widely acknowledged in certain circles to be laughably useless and indicative of protesters unwilling to commit. It doesn’t matter if a riot is directly successful on the scale of burning down city hall or permanently evicting the police from a neighborhood, what matters more is the change in perceptions. There’s a long history of social struggle skyrocketing after street confrontations–not because folks believe a few busted windows or bruised cops pave the road to a better world, but because it at least demonstrates potential.

That’s why politicians and police consistently go apeshit over things like measly storefront windows. Their control is dependent in no small part on being seen as in control. Certain boundaries to what’s considered feasible must be secured at all cost lest they begin to lose the illusion of invulnerability that dissuades the subjugated from rising up. No one in power gets hysterical when a common thief, for example, breaks a window because thieves are perceived as part of the same ecosystem of exploitation in which cops and CEOs position themselves as the apex predators. Political vandalism is potent in part precisely because it risks much for no personal gain. It announces a violation of the established rules of the game, both of power and protest. Read Entire Article

The Delusion Of Limited Government →
← From A Former Soldier Of The American 4th Reich Empire…. 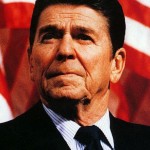 No government ever reduces itself in size. Government programs, once launched, never disappear.Ronald Reagan … (next quote)

One Anarchist’s Compressed Take On Justice