CopBlock.org | December 9, 1969 was the first significant deployment of the LAPD’s newly formed “Special weapons assault team (“SWAT”) in a four-hour confrontation with members of the Black Panthers. The Panthers eventually surrendered and by 1974 there was a general acceptance of SWAT as a resource for the city of Los Angeles.

Over the last 30 years, America has seen a disturbing militarization of its law enforcement, along with a rise in the use of paramilitary police units (SWAT teams) for routine police work. The most common use of SWAT teams today is to serve narcotics warrants, usually with forced, unannounced entry into the home.

On July 16th, 2012 Mark heard outside his door, what he describes as a women screaming for her life. When Mark opened his door to possibly assist the woman, he was struck in the face by the aggressor. According to Mark’s testimony the assailant was the victims boyfriend who is a 45 year old,  6’5 -280lbs ex cop.

Moments after the assault Mark called 911 in search of some assistance and to press charges with the local PD. When officers arrived they refused to allow either of the victims to file charges but Instead, according to Mark, he was handcuffed and assaulted by an officer so bad his spleen ruptured in two places. Mark quotes the officer as saying  ”don’t play hero in our town”.

Mark was then rushed to the hospital once the ambulance arrived. (Footage here)

Marks recalls the aftermath:
When I woke up in the hospital (hospital footage)

I grabbed my IPhone and found the cops deleted video content.  But not all of it. I posted the evidence to my YouTube channel  for safe keeping. When I got home 8 days later a policemen knocked on my door at close to midnight. The policeman told me to remove the videos of their crimes or else they would be coming for me next day.

As you can see in this video that’s exactly what happened (warning: disturbing footage.)

Mark clearly stated before the raid that he was  unarmed and not a threat to officers positioned outside his residence.

This story is all too familiar, these raids seem to happen far too often in today’s climate of the encroaching police state. This is more substantial proof that we need to take a long hard look at corruption, excessive use of force and the militarization of police in this country. 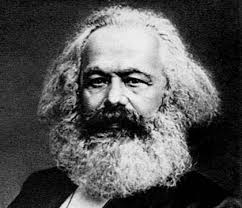 The oppressed are allowed once every few years to decide which particular representatives of the oppressing class are to represent and repress them.Karl Marx … (next quote)

The Honor of Being Human: Why Do You Support?