The Delusion Of Limited Government

NotBeingGoverned.com | The fuzziness problem becomes even more troublesome as we move into words of a more abstract nature, such as we find in the United States Constitution. This instrument of allegedly “limited powers” contains a preamble that defines its purposes as the creation of “a more perfect Union,” which will “establish Justice, insure domestic Tranquility, provide for the common defence, promote the general Welfare, and secure the Blessings of Liberty.” The specific grants of power to Congress are then spelled out in Article I, which include, among others, the “Power to lay and collect Taxes, Duties, Imposts and Excises, to pay the Debts and provide for the common Defence and general Welfare of the United States.” How do such words limit governmental power? What more would any tyrant need to justify his actions than these?

But Article I goes on to provide, among others, the power “To Borrow Money on the credit of the United States,” “To regulate Commerce with foreign Nations, and among the several States, and with the Indian Tribes,” and “To make all Laws which shall be necessary and proper for carrying into Execution the foregoing Powers, and all other Powers vested by this Constitution in the Government of the United States, or in any Department or Officer thereof.” Where, in such words, does one find any clearly defined restriction on government power? Read Entire Article

Why The Young Hate Cars →
← You Are Not The Target Audience 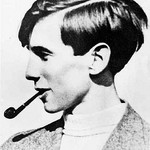 Isn’t it true that every honest German is ashamed of his government these days? Who among us has any conception of the dimensions of shame that will befall us and our children when one day the veil has fallen from our eyes and the most horrible of crimes—crimes that infinitely outdistance every human measure—reach the light of day?The White Rose … (next quote)

No One Stole Your Job