Font
You Are Not The Target Audience →
← You Cannot Go Back

NotBeingGoverned.com | I’ve extensively researched the history of wars all over the world dating back 150 years and found that every soldier who fought and died for the “freedom of the American people” died for a goddamn LIE. There was has not been a REAL CREDIBLE threat to the American people themselves since the Civil War. ALL of the wars since then were fought to gain dominance over other parts of the world and/or to protect/expand the international assets of RICH Americans who also strip freedoms away from our own American people for control and profits. The spoils of all the wars for the past 150 years PROVE that.

The Philippine–American War of 1899-1902 was a continuance of acquiring land in the Pacific and official takeover of the Philippines by America.

The Chinese Boxer Rebellion of 1899-1901 was a rebellion against American, British, Russian, French, Italian, and Japanese imperialism in China so of course, big brother America had to step in to silence the Chinese rebels and increase trade with their government to expand US influence. (Hence why everything in America is “Made in China”.)

World War 1 of 1914-1918 was the takeover of the Central Powers (Germany, Austria-Hungary, the Ottoman Empire and Bulgaria) by the Allied Powers (France, Russia, Serbia, British Empire, Italy, and the United States) and after the dust settled, the US became the world’s leading creditor and industrial power.

World War 2 of 1939 to 1945 was a rebellion by Germany because of the humiliation and economic suffering imposed by the Treaty of Versailles at the end of World War 1 which grew into a huge war between the Allied Powers and Axis Powers with end results of the US and Russia becoming the world’s 2 major superpowers.

The Cold War of 1947–1991 began in the aftermath of WW2 when US challenged Russia and communist rule world wide to a chess game of acquiring allies, territory, natural resources, and every other military advantage they could as well as the Nuclear Arms Race between the two superpowers which ended with the US becoming the world’s only superpower because of Russian economic deterioration that led to the fall of the Soviet Union.

The Gulf War of 1990-1991 happened because the US convinced their ally Iraq to invade Kuwait for control of their oil reserves but when the international community condoned Iraq’s invasion, the US double-crossed Iraq, waged a war under the lie of “freedom for Kuwait” and seized control of the oil reserves for themselves.

The War in Afghanistan of 2001-present day was to seize control of Afghanistan’s opium production and help boost Big Pharma’s production of legal drugs world wide to make a vast majority of the population into dependent addicts and more obedient slaves to US domination. As well as waging a false “War on Terror” to expand US control of Middle Eastern territories surrounding the Fertile Cresent.

The War in Iraq of 2003-2011 was a continuance of the Gulf War’s intent to seize control of Iraq because they have the largest extractable deposits of oil in the entire Middle East. As well as seizing more strategic military positioning in the Middle East to further US imperialism.

The Ukrainian Conflict of 2013-present day happened cuz the US/UN have been trying to acquire all of the countries that claimed independence since the fall of the Soviet Union in 1991. Especially Ukraine cuz they’re known as the world’s breadbasket cuz of their fertile lands, and have Europe’s 2nd largest Army next to Russia, and if part of the UN, they’d be the closest country to Russian soil and would put Moscow in range of the US’s surface-to-air missile with the longest range, the RIM-161.

Like I said… The US wages wars for dominance and profit, NOT to “protect the freedom of the American people”. It’s a tragedy that we lose so many people to that false cause. And even though I do place some of the blame on the soldiers because “just following orders” is no excuse at all, I don’t blame the pawns as much as I blame the kings…. You may be a king or president or prime minister, but that doesn’t mean you’re a leader.

Leaders give people a good reason to follow them willingly by doing admirable acts of compassion for their people. The US Government are NOT leaders, they are MASTERS. They manipulated people into the slavery of military service based on the lie that we were “helping to make other people’s lives better” when we treated those people like terrorists even if they were innocent civilians. We destroyed their buildings, homes, economy, availability of jobs, families, and lives. OR we signed up under the promise of “making our own lives better” even though 99% of military jobs don’t transfer to the civilian workforce without addition civilian education, 23% of the homeless in America are Veterans, soldier suicides and PTSD levels are at an unprecedented levels, and there’s been continuous cuts over the past few years to Veterans Assistance Benefits. Furthermore, while we were serving, we were treated like shit by our superiors, forced to wear identity patches, given shitty food and minimal time to eat, were forced to live in horrible conditions most of the time, and reprimanded for even thinking about not doing what we were told to do even though we knew it might’ve been wrong.

Soldiers and civilians alike are nothing but SLAVES to them….. “Fighting for the freedom of the American people” is an absolute JOKE and civilians thanking military/police for their service is nothing more than one slave admiring another slave’s obedience to their master.

This Memorial Day, if you want to honor those who died in wars thinking they were protecting the American people, don’t shake a soldiers hand or wave a flag or cook burgers on the grill… Instead, educate yourself and join the fight to TRULY protect people from the TYRANNICAL and INHUMANE Masters of the American 4th Reich Empire….

You can start by not allowing yourself to be governed anymore.

You Are Not The Target Audience →
← You Cannot Go Back 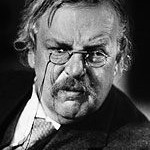 [The] institution of the home is the one anarchist institution. ... [I]t is older than law, and stands outside the State.G. K. Chesterton … (next quote)

What is Money? Is Money Paper?