Font
Critics Of State Education →
← Overcoming The Fear Of Freedom

Avoiding Hypocrisy In An Unfree World 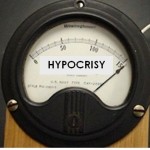 FEE.org | What do you think of someone who espouses the principle of nonaggression but lives off the fruits of aggression? How moral is it to oppose political power while benefiting from political power? Is it contradictory to write, lecture, and actively protest government intervention while at the same time making an income from the taxes other people pay?

I’ve spent my entire academic career on the faculty of one state-funded university or another, a major part of whose revenue has come from taxation. I understand the virtue of unhampered markets and I’ve asked myself these questions many times.

I was a student of the Austrian economist Hans Sennholz, who used to tell me with pride that none of his income came from government redistribution. (He taught at an institution, Grove City College, famous for refusing all government money.) So I’m sure he would have qualms with the way I’ve made my living, and it has troubled me. A reader recently wrote me a heartfelt letter expressing the same deep, personal concern, putting the issue starkly: “Am I being a hypocrite?”

The Concise Oxford Dictionary defines “hypocrisy” as “simulation of virtue or goodness; dissimulation, pretense; acting of a part.” Is it hypocrisy then to argue against legal privilege while at the same time living off legal privilege? Read Entire Article

Critics Of State Education →
← Overcoming The Fear Of Freedom 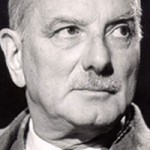 Attacked By A Parasite