OctogenariansBlog | If you decide to vote, you are not voting for freedom versus Bondage, but rather which candidate you prefer to sit in the seat of power over your life and property, to take, rake and rule, in a system already in control. To still believe at this stage that there’s any significant difference in a Democrat or Republican, aside from degree, is a fool’s paradise thinking.

The entire system of voting is now so rigged, it really doesn’t matter which one you vote for. What matters is your vote is your stamp of approval for that which has already taken place. Specifically, the system of personal Freedom, and private property ownership of the Free-enterprise capitalistic system, has already been replaced by a transformed America into Socialism. Precisely as promised by President Obama in his original campaign speeches, over six years ago.

All the flowery speeches and news spurts about war, disease, and illegals, is a ploy to divert your attention from the real issue, which is Bondage or Freedom. The war of ideas we have been involved in the past number of years, without a shot being fired, has already been settled and replaced by a different system, we are experiencing today. The conditions we face today, are just listening to more lies and deceit of Propoganda, about the reality of that which has already taken place, to prevent any uprising so the regime in power can have your stamp of approval from your vote. Read Entire Article 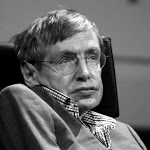 I have noticed even people who claim everything is predestined, and that we can do nothing to change it, look before they cross the road.Stephen Hawking … (next quote)

Charity vs. Taxation – What Is The Difference?