Font
The Broken Window Fallacy →
← Police Accountability Is An Impossibility 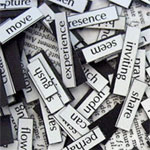 KentForLiberty.com | You can tell a statist by his words.

Such as, using “The sandbox” to refer to wherever in the Middle East the US military is invading and violating this week. I’m sure the statists had a name for Vietnam, too.

“>Rule of Law” is a big red flag. The word “illegal” is related.

The >Pledge of Allegiance is a statist hymn. It is recited and revered by statists.

There are other words which set off alarms, but they may just be false alarms. Words like “patriot”, “duty”, “service”, and “brothers”. And “fair”, concern, and justice. With these words, context is everything.

Words not only mean things, they have meaning behind their meaning. They can tell you a lot about the person using them. Pay attention.

The Broken Window Fallacy →
← Police Accountability Is An Impossibility

It is dangerous to be right when the government is wrong.Voltaire … (next quote)

Ignorance Of The Law Is Legally An Excuse For Police Officers

The Anti-Educational Effects of Public Schools