Font
Remembering Iraq? It’s Still On Fire. →
← A Christmas Gift for My Daughter

What Pushed Me From Limited Government To Anarchy?

The only thing your typical “minarchist” libertarian believes the government is necessary for is to protect property rights.  The story goes that without a State to protect private property, there can be no private property.  Everyone would run around looting each other and there would be total chaos in the absence of the State.

I know for myself, that was the major road block preventing me from becoming a full tilt anarchist.  Before I could support an entirely voluntary government, I needed someone to show me how anarchy could protect the sweat and labor of the people.

So in light of my transformation, I’m going to present to you the arguments that finally convinced me that a voluntarily funded government is the only type of legitimate government, and the only one actually capable of defending property rights.

The Story of Your Enslavement | Stefan Molyneux

The Sunset of the State | Stefan Molyneux

Arguments from consequentialism ignore any kind of philosophical “moral” judgement about the initiation of violence used in the collection of taxes.  They purely look at the outcomes of various actions to determine what the best course of action should be.  An example of this would be the Austrian School of economics.  The Austrian School favors anarcho-capitalism for purely consequentialist reasons.  When Austrian economists analyze the behavior of markets, it becomes clear that the State never brings about a more positive outcome for society than if the State had not interfered in the market at all.

So to the point, here are a few arguments that really proved to me that free markets can provide a superior service for the protection of property rights as opposed to the State.   Hoppe’s video is the final lecture that pushed me over the edge into anarchy.  Murphy’s videos add depth and detail to Hoppe’s arguments.

Murphy’s essays really get into the meat and potatoes of how private defense forces would be organized at the local and national levels.  I think Murphy really makes that case that there is no need for a State to defend against external States since private markets can accomplish this task without the violence of taxation.

Arguments Against Minarchy – the impossibility of a limited State

After it became to clear to me that privatized defense of property and privatized courts could offer superior protection of property rights, these arguments against the possibility of maintaining a limited government were really the icing on the cake.

I am convinced that giving some group of authoritarians a monopoly on the use of violence in order to rob the people under their control will always result in an oppressive super-State.  Once the machinery of violence is set into motion, it can not be stopped until it ultimately destroys itself.

On the Impossibility of Limited Government | by Hans-Hermann Hoppe

The bottom line here is that:

1.  It is simply immoral to initiate violence against the innocent, which clearly encompasses taxation.

2.  The initiation of violence can not ever lead to superior economic outcomes.

3.  Once the initiation of violence is accepted by the public as a means of organizing government, the path towards the wholesale destruction of society can not be stopped.

4.  Private markets, in all things, lead to superior service, quality, and value – this rule includes the markets of defense and arbitration of disputes.

Remembering Iraq? It’s Still On Fire. →
← A Christmas Gift for My Daughter 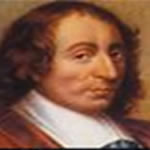 Men never do evil so completely and cheerfully as when they do it from mistaken conviction.Blaise Pascal … (next quote)

The Philosophy of Liberty