Font
In A World Of Violence And Oppression, Peace And Freedom Are Extremist Views →
← Remembering Iraq? It’s Still On Fire.

U.S. Army Ranger John Needham, who was awarded two purple hearts and three medals for heroism, wrote to military authorities in 2007 reporting war crimes that he witnessed being committed by his own command and fellow soldiers in Al Doura, Iraq. His charges were supported by atrocity photos which, in the public interest, are now released in this video. John paid a terrible price for his opposition to these acts. His story is tragic.

In A World Of Violence And Oppression, Peace And Freedom Are Extremist Views →
← Remembering Iraq? It’s Still On Fire. 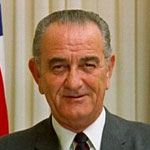 I want that damn ship sunk!Lyndon B. Johnson
Overheard by several witnesses through radio on ships within range to assist the USS Liberty, but whom were ordered not to. … (next quote)

Boycott the Census, Don’t Protest it