Font
Many Confused About Libertarians →
← The Law by Frederic Bastiat

To Steal Or Not To Steal?

Voluntaryist.com | As a means of specifically verifying my impression about the basic, intuitive morality of persons, I would pose this test of three questions:

1. Would you steal your neighbor’s cow to provide for your present needs? Would you steal it for any need reasonably within your expectation or comprehension? It should be remembered that, instead of stealing his cow, you may explore with your neighbor the possible solution to your case of need; you might arrange to do some sort of work for him, or to borrow from him for later repayment, or perhaps even plead with him for an outright gift.

2. Would you steal your neighbor’s cow to provide for a known case of another neighbor’s need?

3. Would you try to induce a third party to do the stealing of the cow, to be given to this needy neighbor? And do you believe that you would likely succeed in inducing him to engage in the theft?

I believe that the almost universal answer to all these questions would be: “No.” Yet the facts of the case are that all of us are participating in theft every day. How? By supporting the actions of the collective agent which does the stealing as part of the Welfare State program already far advanced in the United States. By this device, Peter is robbed to “benefit” Paul, with the acquiescence if not the active support of all of us as taxpayers and citizens. We not only participate in the stealing-and share in the division of the loot-but as its victims we also meekly submit to the thievery.

Isn’t it a strange thing that if you select any three fundamentally moral persons and combine them into a collective for the doing of good, they are liable at once to become three immoral persons in their collective activities? The moral principles with which they seem to be intuitively endowed are somehow lost in the confusing processes of the collective. None of the three would steal the cow from one of his fellow members as an individual, but collectively they all steal cows from each other. The reason is, I believe, that the Welfare State-a confusing collective device which is believed by many to be moral and righteous-has been falsely labeled. This false label has caused the belief that the Welfare State can do no wrong, that it cannot commit immoral acts, especially if those acts are approved or tolerated by more than half of the people, “democratically.”

This sidetracking of moral conduct is like the belief of an earlier day: The king can do no wrong. In its place we have now substituted this belief: The majority can do no wrong. It is as though one were to assert that a sheep which has been killed by a pack of wolves is not really dead, provided that more than half of the wolves have participated in the killing. All these excuses for immoral conduct are, of course, nonsense. They are nonsense when tested against the basic moral code of the five postulates. Thievery is thievery, whether done by one person alone or by many in a pack-or by one who has been selected by the members of the pack as their agent.

“Thou Shalt Not Steal, Except..” Read Entire Article

Many Confused About Libertarians →
← The Law by Frederic Bastiat 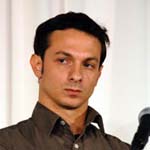