Font
Just Say No to Census →
← An Anarchist Perspective on Government

Hemp for Victory is a black-and-white film produced in 1942 by the USDA outlining a plan to distribute 400,000 lbs. of cannabis seeds to American farmers with the goal of producing 350,000 acres of cannabis by 1943 — all for the war effort.

The USDA even went as far as to urge 4-H clubs to grow at least half an acre, but preferably 2 acres of cannabis.

All American farmers were required to see the film, sign a paper saying that they had viewed the film, and read a booklet on the matter. Farmers who agreed were waived from serving in the military, and all their family members were also exempt. They received farm equipment at a discounted price, and sometimes for free.

However, before and after the war — the same plant was considered “demon weed” and the killer of the same kids that were pressed into service to grow it during the war. Furthermore, the USDA and Library of Congress denied the creation or existence of such a film until 2 copies were found and sent in to the Library of Congress. Talk about hypocrisy.

Just Say No to Census →
← An Anarchist Perspective on Government 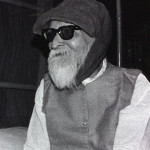 Those who get themselves involved in the machinery of power politics, even for the purpose of destroying it, are bound to fail in their purpose. To destroy it, you have to stay out of it. If you want to cut down a tree, it is no use to climb into its branches. The desire to keep contact with something, even to destroy it, is a subtle and insidious illusion.Vinoba Bhave … (next quote)

Hooray for the TSA!