Font
The Man Who Planted Trees →
← Our Enemy, The State

FreeThoughtProject.com | It seems that when you kill ten million Africans — you aren’t called ‘Hitler’, your name never comes to symbolize the living incarnation of evil, and your picture doesn’t produce fear, hatred, and sorrow — rather your crimes are simply swept under the historical rug and the victims of colonialism/imperialism remain forever voiceless.

Most people have no idea of who is pictured above, but you should. The sight of this man should cause a similar revulsion to that of seeing Mussolini, Mao, Stalin or Hitler, as he committed an African genocide that resulted in the killing of over 10 million people in the Congo.

The Man Who Planted Trees →
← Our Enemy, The State 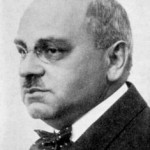 It is easier to fight for one’s principles than to live up to them.Alfred Adler … (next quote)