Font
The Truth of the Matter →
← Police Advice: “Get a Gun” Protect Yourself

LarkenRose.com | Sometimes it can be difficult deciding how to state the bleeding obvious, when your target audience has been carefully trained to MISS the bleeding obvious. To wit, it’s possible to demolish the fundamental assumptions underlying statism using very simple lines of reasoning. And for the recovering statist, the logic is undeniable, and the rational conclusion self-evident. But for the thoroughly indoctrinated (and that included me not many years ago), sometimes the most simple explanation causes the most drastic cognitive dissonance.

Here is an example:

The concept of “authority” is a MORAL concept. “Government,” by definition, is the group of people who have the supposed moral RIGHT to enact and enforce “laws.” (Whether there are “limits” on what those “laws” require doesn’t matter for this particular point.) And a moral RIGHT of the “law-makers” to rule (even if only in a “limited” way) implies a moral OBLIGATION to obey on the part of their subjects. That is the essence of the concept of “authority” and “government.”

Now here is one painfully simple proof of why that concept is self-contradictory bunk:

From the perspective of any given subject, each “law” either coincides with his own conscience, or conflicts with it. For example, a “law” may declare that murder is “illegal,” and an individual may think that murder is inherently immoral anyway–so the two match. On the other hand, a “law” may require an individual to fund a war that the subject believes to be immoral, in which case there is a CONFLICT between his own conscience and “the law.”

Okay, here comes the question. (Statists, brace yourself, because this might be both painfully obvious and existentially disturbing.) Ready?

Question: Can an individual ever have a moral obligation to disregard his own moral conscience, in favor of obeying an “authority” instead?

Here are the two possible answers, along with their logical ramifications:

1) YES, a person CAN have an obligation to go against his own moral conscience. In other words, a person can have a MORAL obligation to do something which he believes to be IMMORAL. I hope I don’t need to explain in too much detail why that answer is insane. In short, it can’t be good to be bad; it can’t be moral to be immoral; committing evil cannot be virtuous. Even if a person’s own judgment is flawed and twisted, he still cannot rationally imagine himself to have an obligation to do what, from his perspective, is the WRONG THING TO DO.

Okay, so that answer stinks. Here’s the other possibility:

2) NO, a person CANNOT have an obligation to go against his own moral conscience. Therefore, he has no obligation to comply with any “law” that conflicts with his own personal judgment of what is right.

Most people can handle that much (even if they start getting nervous at this point). But here is what directly and logically follows from that:

In other words, in no situation should any “law” have any “authority” in anyone’s eyes, whether it coincides with or conflicts with one’s own moral conscience. Every “law” either MATCHES one’s own judgment, and is therefore unnecessary and irrelevant, or it CONTRADICTS one’s own judgment, and should be ignored. Which means that no man-made “law” ever has any “authority” (i.e., it never carries an inherent obligation to obey). And without any “authority” to its “laws,” “government” loses all legitimacy, ceases to be “government,” and becomes nothing but a bunch of bossy control-freaks.

So those are your choices: “anarchy,” or being morally obligated to be immoral. I would be happy to see any attempt by a statist to offer some other rational answer to the question, but I won’t hold my breath.

The Truth of the Matter →
← Police Advice: “Get a Gun” Protect Yourself 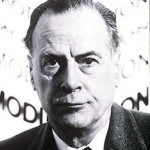 Communication Isn’t As Easy As It Looks