The Parable of the Lions and the Slaves

Strike-The-Root | The nature of lions is to kill, and so it is good that they kill because that ensures lion survival. If an individual lion loses his teeth, that is bad because he can no longer fend for himself. If all lions were to lose their teeth, that would be the end of lions.

Humans put some lions in zoos and feed them meat and get them to reproduce. Since lions can survive in this manner, is it good for lions to live in zoos? No. Why? Because lions cannot fend for themselves in zoos. They must be cared for by humans. Their fate is out of their paws and in someone else’s hands. They survive at the discretion of the zookeeper.

The unfortunate lion that follows its nature and kills while in the zoo will be put down.

Furthermore, the zoo lion raised by the hand of the zookeeper cannot survive if set free into the wild. The instincts that are critical to lion survival have not been developed, and so the lion finds himself physically dependent on the zookeeper in order to live.

The nature of man is to reason, and so he has to discover the means to human survival. This reasoning ability is good, because without it man does not have the innate instincts necessary for survival. If human beings were to lose the ability to reason, the species would perish.

One of the ways for human society to organize itself is to have a few humans enslave the rest. Some are the government masters and the rest are the citizen slaves. If the masters feed and care for the slaves and allow them to reproduce, the human race continues. The system works, but is it good? No. Why? Because the slaves cannot fend for themselves as kept beings. Their keepers must feed, care, and think for them. The fate of the slaves is in the hands of their masters.

The slave that wishes to think and act freely while in captivity, following the nature of human beings, will be put down.

Furthermore, the human being raised by the government master cannot survive if set free into the world. The reasoning abilities that are critical to human survival have not been developed, and so the individual finds himself mentally and physically dependent on the government master in order to live.

Should the zoo lion be thankful that he is safe and well cared for? Should humanity strive to ensure that all lions on the face of the Earth, for their own good, be caged in zoos?

Or can nature be trusted to have given each living creature what it needs to survive in this world—the lion its claws and teeth; the human being its reasoning ability?

Rise like Lions after slumber
In unvanquishable number—
Shake your chains to earth like dew
Which in sleep had fallen on you—
Ye are many—they are few.

~from “The Mask of Anarchy” by Percy Bysshe Shelley 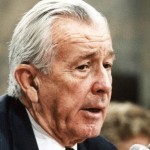 We do many things at the federal level that would be considered dishonest and illegal if done in the private sector.Donald Regan … (next quote)

Everything Is A Remix