Font
Sound Money and Schoolyard Politics →
← The Concept of Democracy

Historian Gwynne Dyer traces the evolution of warfare from earlier ages to the Total War of the Twentieth Century.

Part 2 shows the process by which young men become psychologically engineered to kill or die on command. An exploration of the nature of military basic training and its psychological component. Photographed on location at the United States Marine Corps Parris Island Training Depot in South Carolina, this film follows a group of young recruits through their gruelling ten-week “basic training.”

Part 4 of the brilliant seven-part miniseries on war by renowned Canadian historian Gwynne Dyer. Originally broadcast in 1983. This episode investigates how the structure and operation of the international system interacts with war.

Part 5 concerns the interaction of conventional and nuclear war, and how one becomes another.

Part 6 focuses on the theory and history of nuclear war, and its implications.

Part 7 of award-winning historian Gwynne Dyer’s epic study of the social and cultural effects of the evolution of warfare.

Sound Money and Schoolyard Politics →
← The Concept of Democracy 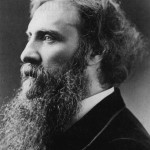 When we are out of sympathy with the young, then I think our work in this world is over.George MacDonald … (next quote)

The Consent Of The Governed

The First Casualty of War