MarcStevens.net | This is the first call I’ve made to resolve a local extortion problem.  My friend Marciano is being threatened with an attack for not paying the local tribute.  This tends to really upset tyrants because they crave obedience.  Instead of just paying like a good obedient serf, Marciano decided to challenge the allegations being made against him.  Don’t forget, without the political PR, taxation is the forcible taking of property; government means never asking for permission.

Marciano had written several letters to the tax agency asking two basic questions: 1. Are there any witnesses with personal knowledge he is a taxpayer and 2. Is there any admissible evidence he’s a taxpayer.  Instead of answering the questions with a yes or no, he was sent documents showing he owned his property.  Not getting responsive answers, we decided we should call to resolve this matter.

We spoke to a Yolanda at the tax office and she stated the tax office does not make legal determinations people are taxpayers with tax obligations, the county appraisal office made those determinations.  This seemed odd, but we decided to call the appraisal office to confirm.  As I’ve said before, when you have a tax issue to resolve, you need to speak to two people, the one who made the allegations/accusations and the agent who can stop the attack.

We left a message for an appraiser to call and I got a call back from the chief appraiser, Mr. Rolando Garza on Friday March 4, 2011 at 9:11am.  The entire call is here, the only edits are Marciano’s last name and address.  Mr. Garza confirmed he was the one who made the legal determinations Marciano is a taxpayer with a tax obligation:

Marc: OK, but who’s making the determination he’s a taxpayer and has a tax obligation?  That’s who we’re interested in speaking with.  Somebody said, we got a delinquency notice from the tax department and they’re saying they’re not responsible for the legal determination that my client is a taxpayer, that that was done by someone here, so we’re trying to find out who at the appraisal district, and I know, I had spoken to somebody, an Orlando –

Marc: and he said that, what I already know –

Garza:  I make that decision sir.

Garza: I am the chief- I make the decision – it rests on my shoulders –

Marc: that my client is a taxpayer?

Since Garza is making legal determinations effecting Marciano’s life, it’s reasonable to expect he’s qualified to interpret and apply the Texas constitution and law.  After all, he does it everyday and it directly effects thousands of people.  So naturally, I ask Garza about his qualifications because I think it’s silly, as well dangerous and irresponsible, to give an accuser a free pass:

Marc:  Well that’s why I’m asking you about, are you an expert in the interpretation and application of the Texas constitution and laws?

Garza:  I am the chief appraiser for Hidalgo county and I follow the Texas property tax code.

Garza:  I’m not going to answer that question.

Once again, a tax agent making allegations effecting my client’s life, is adamant about not answering questions about his qualifications to do his job.  What’s the problem?  If it’s so easy to prove, with facts, someone is a taxpayer with a tax obligation, then why do the agents always refuse to discuss it?

We have authority to tax you and your property, it’s not theft because the constitution authorizes us.

Really?  What is the constitution factually?

That’s irrelevant; and mind your own business.

They claim it’s irrelevant because they cannot tell you what it is and show any factual connection to us.  The opinion the constitution applies to us is arbitrary; or as they say in the legal profession: “vox et preterea nihil…Voice and nothing more; that is, nothing but wind.  See Mitchell v Hazen, 4 Conn 495.”  Ballentine’s Law Dictionary, page 1354.  They probably know they can’t prove a connection so they claim the constitution is irrelevant.  Strong argument; sounds like legalistic gibberish to me.  Yeah, pay no attention to that man behind the curtain!

Pay no attention to that man behind the curtain.

You can argue it’s not Garza’s job or responsibility to discuss his qualifications.  Sorry, I don’t buy that and neither should anyone being attacked by people like Garza.  If someone accuses you of something, the burden is on them to prove it: “Ei incumbit probatio qui dicit, non qui nega…The burden of proof is upon him who alleges, not upon him who denies.  Patterson v Gaines (US) 6 How 550…”  Ballentine’s Law Dictionary, page 392.  Why not take a few minutes and present the evidence Garza relies on?  Simple; there’s no evidence and there can’t be.  They are willing to take your property by force but not willing to discuss the facts supporting their legal opinions. What does that tell you about them?

And what makes these bureaucrats so special or immune from questioning?  If you asked your doctor about his/her qualifications, he/she would tell you about their years of study and medical school.  Honest people who respect others have no problem being upfront and forthright; when asked to verify an opinion/allegation, they do it.  Ask them about their qualifications and they’ll tell you.

Bureaucrats/politicians are not honest; they only enjoy their positions because of coercion; we’re forced to support them or suffer severe punishment.  I encourage everyone to challenge these allegations/opinions; demand that before you give them a dime, they prove their allegations are true.  This is being a mature, responsible adult.  It’s time to stop giving lip service to concepts such as freedom and liberty and start living it.  We see in the news everyday the destruction to society because so many people permit governments to exist; the least we can do is to ask these bureaucrats to verify their opinions/allegations, before we give them part of our lives. 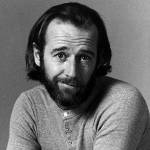